Curtis Lepore, Vine Star, Enters Plea Bargain In Rape Case: Community Service, Plus A Year Of Counseling His Only Punishment 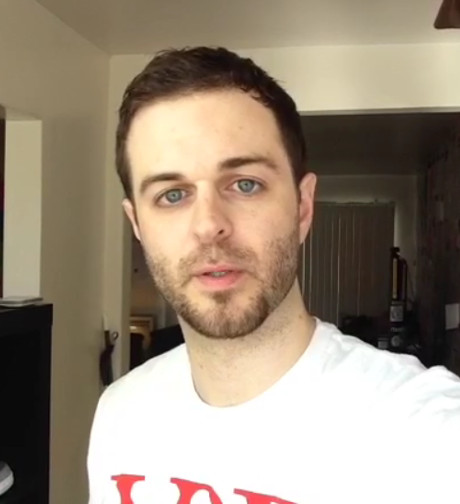 Curtis Lepore, who found fame on the social network Vine, was arrested in October after allegedly raping Jessi Smiles, his then-girlfriend and fellow Viner, while she was unconscious. Recent news says that Curtis has entered a plea deal and that all charges against him will be dropped, so long as he completes a year of counseling and 24 days of community service. In the future, after he (or if he) upholds his end of the bargain, his record will read “misdemeanor assault.”

I guess this is a perfect example of our weird justice system, is it not? Do you think Curtis is getting the punishment he deserves or is he getting off too easy? Leave your thoughts in the comments section below. We’d love to hear from you.

He posted a video on his Vine and said this, “The rape charge against me has been dismissed. Thank you to my friends, my family, and all of you who stood by me and supported me through this.”

Jessi was quick to respond to the news as well, expressing her happiness for Curtis’s admission of guilt: “Brb listening to “Happy” by Pharrell and dancing in my underwear for the next eternity and a half.” She added,“Curtis plead guilty to a felony assault today in court. It is no longer going to trial. I am okay with this and thankful for it to be over.”

Since the announcement, he must’ve received some hate mail (as expected) because he released a series of notes on Twitter defending his plea (and trying to convince people that his admission of guilt doesn’t really mean he’s guilty):

“News flash to everyone who is clueless about the law: a plea of guilty to a felony is NOT a conviction.” Then: “The bottom line is…I’m not going anywhere! Hope everybody enjoyed the show. TY to TMZ for calling me a megastar LOL see u on the pop page.” Finally: “Believe what you want 2 believe. I am NOT and WILL NEVER be a convicted felon and that’s a FACT. There’s a reason I can’t tell my story. But there is a reason a deal was made. Make your own conclusions from that.”

Can you believe these charges were dropped?