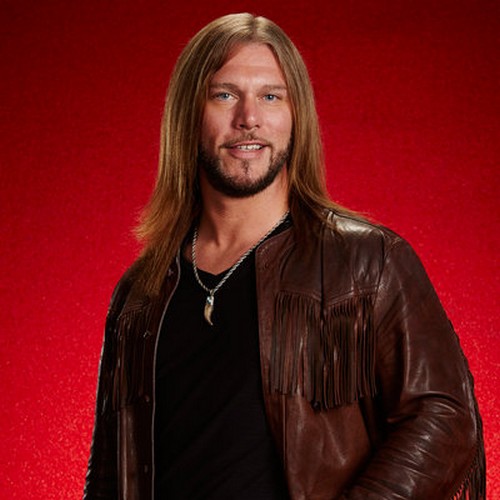 Team Blake Shelton’s Craig Wayne Boyd took the stage tonight on The Voice for his Top 4 video performance. Matt sang “In Pictures” by Alabama.  On tonight’s show the remaining artists from each coach, Blake Shelton, Adam Levine and Gwen Stefani’s team performed live for America’s vote and the chance to win the title of “The Voice.” Did you miss tonight’s episode? If you did, we watched it and we recapped it here for you.  Did you miss any of tonight’s videos we have them all right here for you.

Blake and Craig talk to Carson next about the finals. Blake talks about Craig’s power and pitch and how spot on he always is. Craig is taking on an Alabama cover – In Pictures. He says this means a lot as a single dad whose had to travel a lot. This one is a total tear jerker. It’s something to sing as a solo artist a song that was performed incredibly by an entire band, but Craig pulled it off. The crowd is cheering as he wraps up his emotional number and tells his son he loves him.

His son Jacques is there smiling. Gwen is all teary and says it was a great song for him to sing. She says she thinks back to when she pushed her button for him and says she’s so happy for him. Blake says it’s tough for anyone with kids and Pharrell says they totally picked the right song. Blake agrees and says it was a perfect statement for where Craig is in his life and where he’s going.