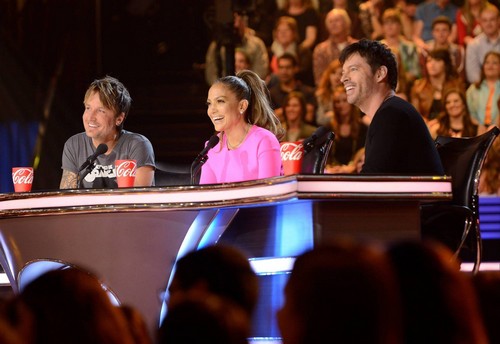 Tonight on AMERICAN IDOL is another Results show of season 13 and tonight we say goodbye to another hopeful Idol. Tonight on the live results show we find out which, of the Top 11 finalist, America has decided to send home. Did you watch last night’s performance show? We did and we recapped it here for you! If you missed any of the videos, we have all the performance videos HERE!

On tonight’s Idol results show tune in to find out who will be sent home. Plus, multi-talented musician, singer, songwriter and the newest judge on AMERICAN IDOL XIII, Harry Connick, Jr., will perform a medley, and singer/songwriter Mali Music also will perform his new single, “Beautiful.”

Tonight’s show is going to be an exciting one, which I’m not going to miss and neither should you. So be sure to tune in for our live coverage of FOX’s American Idol XIII – Top 11 Results Show – tonight at 9 PM EST! Celeb Dirty Laundry is your go to place for all the up-to-date American Idol News!

Up next American Idol judge Harry Connick Jr. takes the stage to perform a melody of his own. After Connick’s performance Ryan Seacrest brings out his biggest fan, Unfary (who you may recognize from the auditions when Harry Connick rocked him like a baby).

Next is a performance from an undiscovered rapper and singer from Georgia, who refers to himself as “Molly Music.” Jennifer recommended him to perform tonight because she thinks he “has something really special.”

It’s time to reveal which American Idol singer will be going home this week. Jennifer Lopez says that the “bottom three does make sense to her based on the performances last night.” According to America’s votes, Sam Woolf and Majesty Rose are safe. Ben Briley is going home tonight unless the judges decide to use their “save.”

Ben takes the American Idol stage to perform one last time. After he sings the judges reveal that they will not be using their “Save” on Ben Briley.