Who Got Voted Off American Idol Tonight 3/6/14? 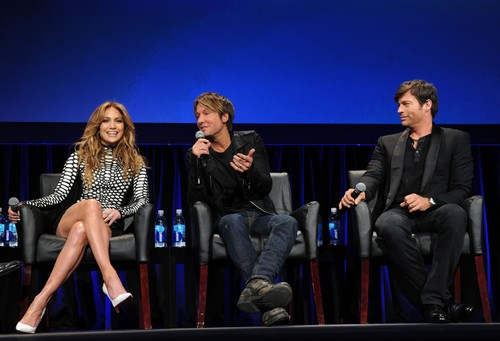 Tonight on AMERICAN IDOL is the first Results show of season 13 and tonight we will lose another hopeful Idol. Tonight on the live results show we find out which, of the Top 12 finalist, America has decided to send home. Did you watch last night’s performance show? We did and we recapped it here for you! If you missed any of the videos, we have all the performance videos HERE!

On last night’s show the Top 12 – Ben Briley, Caleb Johnson, Jessica Meuse, MK Nobilette, Emily Piriz, Alex Preston, Dexter Roberts, Majesty Rose, Malaya Watson and Sam Woolf, C.J. Harris and Jena Irene – returned to perform songs that spoke to their “Home.” Song selections ranged from a song that was popular during their childhood to a tribute to their home state.

Majesty Rose stole the show again last night singing Fix You” by Coldplay.  The judges had this to say about her performance: Harry – “You look very much like you belonged on that stage you have a lot of confidence.” Jennifer – “You don’t always have to go big, sometimes you can stay small in that zone.” Keith – “I could just repeat what they said but I know one thing, we are going to see you next week.”

On tonight’s live results show one idol hopeful will be sent home.   AMERICAN IDOL Season 11 winner Phillip Phillips will perform his new single, “Raging Fire.” Written by Phillips, “Raging Fire” is the first single off his sophomore album, which will be released on 19 Entertainment/Interscope Records this spring. In addition, Irish rock band Kodaline will perform their hit, “All I Want.”

The show airs tonight at 8PM and goes until 9PM EST. It is sure to be an episode you do not want to miss.  As always, we will have the action before anyone else, so stay tuned! In the meantime, tell us who you’re rooting for to win the show!

Ryan Seacrest opens the American Idol elimination episode by introducing the judges: Jennifer Lopez, Keith Urban, and Harry Connick Jr. Then Ryan shares a clip of the American Idol singers eating dinner after last night’s show and talking about how hard the judges were on them. American Idol alum Randy even thinks that Harry Connick Jr. may have had some indigestion last night, because he was not in a great mood while he was judging. Harry jumps to his own defense and explains that he thinks this is one of the most talented group of singers on American Idol, they just haven’t been showing it.

Up next is a special performance from American Idol alum and Season 11 winner Phillip Phillips debuting his new single “Raging Fire.”

Now Ryan brings Jena Irene, Dexter Roberts, Majesty Rose, and Alex Preston down to the stage. Dexter, Majesty, and Alex are safe. Jena Irene is in the Bottom Three of tonight’s elimination episode according to America’s votes.

The Bottom Three, MK, Jena, and Emily join Ryan on the stage to learn which one of them will be going home tonight. Jena Irene and Mk Nobilette are safe. Emily Piriz received the least amounts of votes. Emily Piriz has one last chance to sing for the American Idol judges to see if they will use their unanimous vote to save her.

Unfortunately the Idol judges have decided not to use their save vote tonight. Emily Piriz is officially eliminated from American Idol.