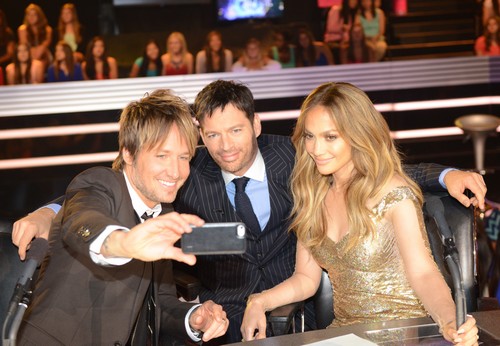 Tonight on FOX AMERICAN IDOL returns with another results show.  One finalist out of the top five will be sent home tonight.  Did you tune in to watch the performances last night? If not we did a detailed recap of it all for you right here.

Last night the top five contestants took the stage and had a chance to own the spotlight.  Season 13 is really heating up! Jena Irene, Caleb Johnson, Jessica Meuse, Alex Preston and Sam Woolf – took the stage in hopes of impressing the judges and winning America’s vote.  The theme for the evening was “America’s Request”, each of the finalists choose two songs to perform from the many thousands of requests tweeted to them over the past few weeks. If you missed last night’s show we also have all the videos of last night for your enjoyment.  Did you watch last night’s show.  If you missed it we have a full and detailed recap, right here for you.

On tonight’s live results show, one finalist’s journey will come to an end as America’s vote is revealed. With no judge saves it is more important than ever to vote for your favorite competitor.  By the end of the evening we will have our Top 4.  Who are you rooting for?

Tonight’s show is going to be an exciting one, which I’m not going to miss and neither should you. Tune in tonight at 9 PM EST! Celeb Dirty Laundry is your go to place for all the up-to-date American Idol News. We’ll be recapping it all live for you right here. In the meantime hit up our comments and tell us who you are rooting for so far. I know I’m rooting for Sam Woolf.

Tonight’s elimination episode of American Idol kicks off with Ryan Seacrest taking the stage, he reveals that tonight’s episode will contain a “shocking twist and game-changer” for the Idol contestants. Next he brings out the American Idol judges: Jennifer Lopez, Keith Urban, and Harry Connick Jr. Harry takes a moment to tell the Top 5 contestants how proud he is of them and how far they have become.

Next Ryan Seacrest reveals a clip of the Top 5 last night out to dinner after their performances. The Idol singers discuss how insane it was to see Arianna Grande and Zoey Deschanel during their show last night, and they discuss Caleb Johnson’s performance and the fact that Jennifer Lopez and Keith Urban gave him a standing ovation two minutes before his song ended.

Up next Keith Urban performs his new single “Good Thing” live on the American Idol stage, the song is off from his album “Fuse.”

The American Idol contestants join Ryan Seacrest on the stage and he gives them an ultimatum. They have a choice to make. They can decide to send no one home tonight, but if they don’t send anyone home tonight-then next week they will have to send two people home. Ryan Seacrest tells the Top 5 to put it to a vote. After careful consideration the Top 5 contestants vote, and it is not unanimous, so they have decided to send one of the singers home tonight.

According to America’s votes last night Jena Irene, Caleb Johnson, Jessica Meuse, and Alex Preston are all safe. Sam Woolf has been eliminated from American Idol. That’s really too bad – many of us were rotting for Sam and thought he was the best!