Who Got Voted Off Dancing With The Stars Tonight 4/14/14? 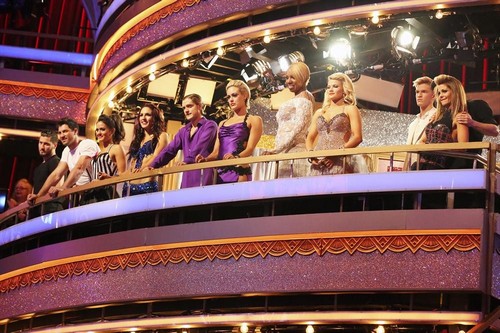 Tonight on ABC it’s the Dancing With The Stars forth elimination of Season 18 and we will say goodbye to one more contestant tonight. On tonight’s episode the nine remaining couples competed during, “Disney Night.”   Did you watch the show? We did and we recapped it here for you.  Did you miss any of the performances? We have all the videos here for your enjoyment.

The dance assignments this week were: Charlie and Sharna – Jazz, Danica and Val – Quickstep, James and Peta – Contemporary, Drew and Cheryl – Quickstep, Amy and Derek – Waltz, Candace and Mark – Samba, Meryl and Maks – Samba, Cody and Witney – Samba and NeNe And Tony – Foxtrot.

Nene Leakes and Tony Dovolani are in SAFE

Candace Cameron and Mark Ballas are in SAFE

Cody Simpson and Witney Carson are in ELIMINATED

If you want your favorites to stick around make sure to vote for them.  You can see Cody and Witney tomorrow on Good Morning America.  At the top of the leaderboard tonight are James and Peta and at the bottom Drew and Cheryl.