Who Got Voted Off Dancing With The Stars Tonight 4/7/14? 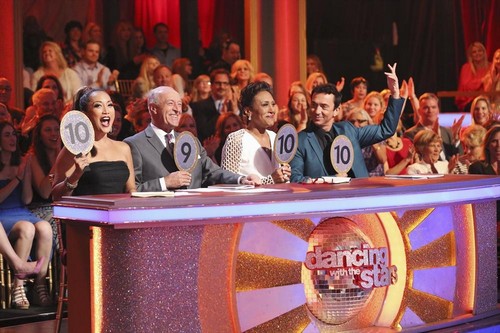 Tonight on ABC it’s the Dancing With The Stars third elimination of Season 18 and we will say goodbye to one more contestant tonight. On tonight’s episode the votes are in and for the first time ever celebrities will switch professional dance partners on. This past week, America was given the power to vote and change celebrity and professional dance pairings and now each star must face this new challenge. The new couples will be revealed live for the first time throughout the evening. Did you watch the show? We did and we recapped it here for you.  Did you miss any of the performances? We have all the videos here for your enjoyment.

On last week’s episode we did not have a test elimination.  At the top of the show they announced that Billy Dee Williams would not be performing.  Apparently, Billy Dee’s doctor would not let him dance anymore due to a back condition.

Tonight’s show opens with an opening number featuring the entire cast including the competitors, professional dancers and the judges.

This week’s guest judge is introduced Julianne Hough with a new very blond cute pixie cut and very weird dark eyebrows. Julianne indicated that she would be as brutal as she was last time she guest judged.

Tom Bergeron then announced that there will be no elimination this week.  Next week the judges scores from last week and this week will be added together and one celebrity will be eliminated.

Also next week expect a magical week in the ballroom – it is Disney night!