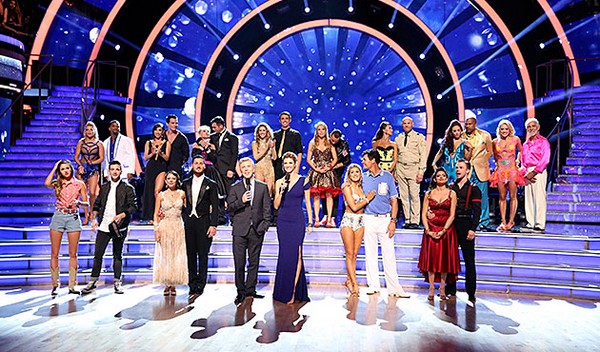 Tonight on ABC it’s the Dancing With The Stars second elimination of Season 19 and we will say goodbye to one more star. On last night’s episode the 12 remaining contestants perform a variety of dances, including the Cha Cha, Foxtrot, Jive and Rumba, to their favorite jam.  Did you watch last week’s performance episode?  If you missed it we have a full and detailed recap, right here for you.  Did you miss any of the performances? If you did we have all the videos here for your enjoyment.

After last night’s performance at the top of the leaderboard is Lea Thompson & professional dancer Artem Chigvintsev who performed a Jive and were awarded a 35/40 by the judges.  Carrie Ann gushed about their performance saying, “The ladies are killing it tonight. Your wild beast is all over the place that was so exciting.”  At the bottom of the leaderboard is Michael Waltrip & professional dancer Emma Slater, the two were scored a 24/40 by the judges.

On tonight’s show one couple will be eliminated by combining the judges’ scores from Monday night’s performance with the public votes. Judge Julianne Hough takes to the ballroom floor and will dance in a number featuring Derek Hough and the male Pros. The show will feature pop star Sia performing her hit single “Chandelier,” accompanied by a dance performance by Maddie Ziegler and Pro Allison Holker. Later in the show Nico & Vinz will perform their hit “Am I Wrong.”

The encore tonight will be chosen by America – the judges chose two couples and twitter voting will begin.  The encore will either be Lea Thompson or Janel Parrish.  Apparently the votes went nuts on twitter and finally Janel Parrish & Valentin Chmerkovskiy got the encore.

We are started to get results already: