Randy Couture & Karina Smirnoff: Who Got Voted Off Dancing With The Stars Week 3 Monday 9/29/14 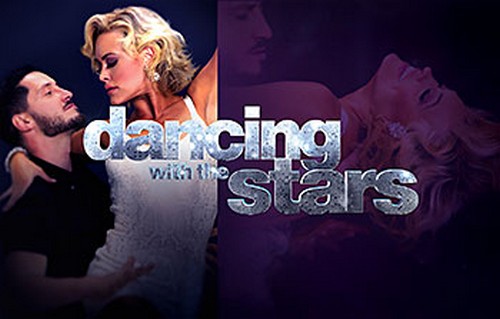 Tonight on ABC it’s the Dancing With The Stars third elimination of Season 19 and we will say goodbye to one more contestant tonight. On tonight’s show the remaining 11 celebrities danced to songs from their favorite movies.  Did you watch the show? We did and we recapped it here for you.  Did you miss any of the performances? We have all the videos here for your enjoyment.

Also on tonight’s episode KEVIN HART, from “Ride Along,” “Think Like a Man” and the upcoming movie “The Wedding Ringer,” will guest judge alongside Carrie Ann Inaba, Julianne Hough and Bruno Tonioli. Monday’s show kicks-off with a spectacular opening number featuring the entire cast.

After last night’s performance at the top of the leaderboard is Lea Thompson & professional dancer Artem Chigvintsev who performed a Jive and were awarded a 35/40 by the judges.  Carrie Ann gushed about their performance saying, “The ladies are killing it tonight. Your wild beast is all over the place that was so exciting.”  At the bottom of the leaderboard is Michael Waltrip & professional dancer Emma Slater, the two were scored a 24/40 by the judges.

DWTS is down from two nights to one night so one contestant will be sent home tonight.

Not to be opinionated but I totally disagree with this choice. How can Randy be eliminated so early when there are several dancers who are clearly worse?