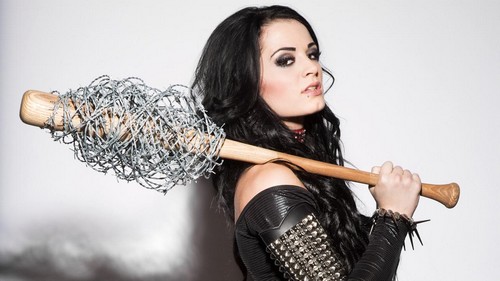 Apparently WWE brass think that Paige’s time is now and if the crowd’s response at SummerSlam 2014 is any indication, they may be right. Paige cleanly beat A.J. Lee in the middle of the ring for the Diva’s Championship on Sunday night. Most insiders felt that A.J. would keep the title at least for the moment, but Paige literally ripped the title from her hands. A.J. had Paige on the ropes when she locked in her black widow finisher…or so it seemed. Paige reversed the black widow and hit her with the Rampaige for the pin and win.

This match was, without a doubt, the best Divas match in recent history. It was a bit shorter than I would have liked but it was loaded with great action and storytelling. These two things are missing from the Divas by and large and it was a welcome thing. There were several spots in this match that had me wondering if one of the girls were hurt. It is that type of reaction that keeps the matches intriguing and interesting. Paige and A.J. both were known for this type of match and tonight it came together nicely.

Paige already has had one Divas Championship run after beating Lee the night after Wrestlemania 30. That run continued until Lee returned and took the belt back. Now it appears that Paige is going to be the heel Diva she was meant to be. Since changing back to the character that made her famous in WWE developmental, Paige has been over with the crowds. This will only help that to continue.

Where A.J. goes from here is a bit uncertain. I can see the feud continue with Paige, but it has the possibility of growing stale if they don’t find something to add. The feud needs something extra and can’t continue with the back and forth for much longer. Lee is talented enough to be over regardless of whether she gets the belt back, but they need a powerful story of some sort. Paige is going to have to do something truly vile to power this feud into a reboot.

Knowing how young Paige is, it is really exciting to think about what she will do in a long career. Already in her early twenties she has grabbed two Divas championships. In addition to that, she is viewed by many fans as the leader of the Divas division despite her young age. With Paige at the top and tons of great Divas talent coming up behind her, the division is brighter than it has been in ages. It is amazing what paying attention to wrestling talent will do for your wrestling company!