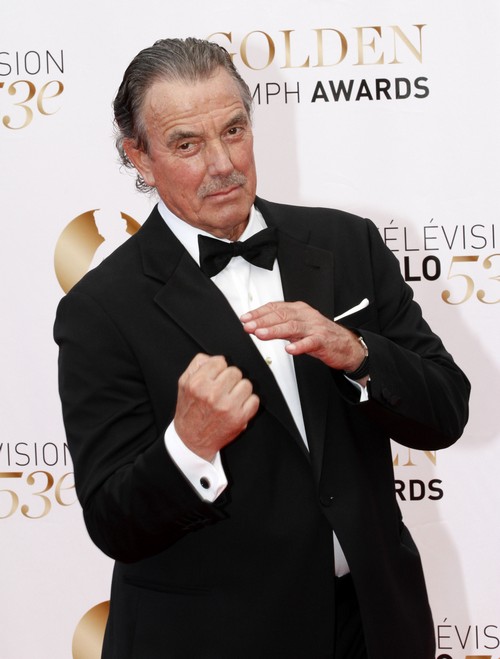 It has been a rough few weeks for fans of The Young and the Restless. In mid-December Michael Muhney was fired due to allegations of sexual harassment brought against him by young co star, Hunter King. Behind the scenes actors seem to have all but taken sides and the information that has spilled out into the media hasn’t been pretty. We have heard that executive producer, Jill Farren Phelps sat on the allegations and did nothing until Muhney’s contract was set to end anyway. Fellow actors such as veteran cast member, Eric Braeden have also come under fire. He opted to speak up to at least have a say in all of the drama that has exploded.

Eric has been with Y&R since 1980 and decided to grant an exclusive interview to Radar Online, denying that he played any part in the ousting of Muhney. He confirms that Muhney wanted him gone from the show and the two very recently had a shouting match that became physical. Eric is hardly the kind of guy that is going to be bullied by a younger actor’s “campaign” to have him fired and so he stood his ground and owned his veteran power position on the show. While the two clearly had issues, Eric maintains that he believes that Munhey is a very good actor that certainly helped contribute to the quality of the show. He also maintains that absolutely no one else but Muhney is to blame for his firing.

“He has no one else to blame but himself and he said as much when he left… to several people and I respect that he did that. He apologized for his ambition and his desire to become the guy, the young lion, pushing away the old lion. The last day he was here, he apologized to me, you bet. He was contrite and apologized for several things that he had said and done. I said it’s okay. The essence of what we learn as Christians is to forgive and one forgives. I have forgiven him, I always told him that openly.”

As for the rumors that Eric has helped lead Hunter King through the mess and has directed her every move, he says it’s simply not true. He claims that she is a great young actress but that he doesn’t even try to get to know cast mates until they’ve been around for a long time. Do you think that Eric is telling the truth and just spoke up to set himself apart from all of the crap that’s being said? Tell us your thoughts in the comments below!