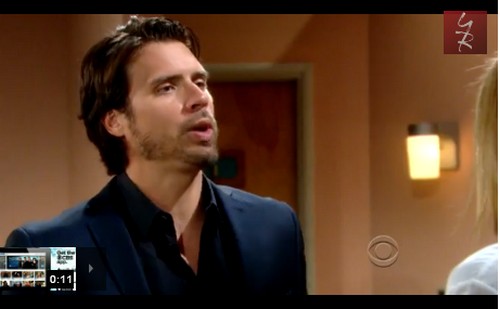 A popular, and overused, storyline on daytime soap operas is the good ole memory loss. Today on The Young and the Restless it became clear that Sharon Newman has lost her memory, well parts of it, due to electric shock treatment. The doctors warned her that losing her memory would be a possible side-effect, but she took her chances. Memory loss is probably a horrible thing to endure. It is probably even more horrible if you have skeletons in your closet, and your memory loss causes you to forget to keep your closet door closed, which seems to be Sharon Newman’s problem.

Sharon has done a lot of dirt in Genoa City throughout the years, but her two biggest regrets are probably lying about Summer’s paternity and lying about what happened to Phyllis. Phyllis and Sharon haven’t exactly seen eye to eye in the past, and have been fighting for years over Nick Newman. When Phyllis gave birth to Summer, there were questions as to who her father was – Nick Newman or Jack Abbott? When the paternity results came back, they were inconclusive, so Nick lied and told everyone he was the father. Years later the issue came up again, so they took another paternity test. The test results revealed that Nick Newman was actually Summer’s father, but Sharon despised the fact that Phyllis and Nick had a child together and thought that if they didn’t share a child together Sharon would still be married to Nick. Sharon tampered with the paternity test results and changed them to say that Jack was actually Summer’s father. Later on the guilt was eating up at her, so she confessed to Cassie’s ghost at the cemetery that she had changed the test results and Nick really was Summer’s father. Phyllis was hiding around the corner and heard Sharon’s entire confession. Phyllis threatened to tell Nick, she and Sharon got into an altercation on the stairs, and after a bit of a struggle Phyllis fell down the stairs and wound up in a coma.

Now that Sharon Newman has lost parts of her memory, it is only a matter of time before she stumbles and can’t keep her lies straight. In the spoiler video for tomorrow’s episode of The Young and the Restless Nick and Sharon are discussing Phyllis. Nick says to Sharon, “What do you mean Phyllis didn’t fall? You weren’t there.” And, Sharon replies “Yes, I was.” It looks like by the end of this week Sharon may accidentally confess to causing Phyllis to fall down the stairs and tampering with Summer’s paternity results.

If Sharon forgets to keep her skeletons in the closet because of her memory loss and confesses to Nick what she did to Phyllis and the paternity test do you think he will kick her to the curb? Or will he give her another free pass and blame it on her mental illnesses? Does Sharon really deserve any more chances?

Yes I will be glad when they find out Cassie is real and not a ghost. The storyline has dragged on too long…

why are they dragging out this story line – i am loosing interest!

It looks like the exposure of Victor’s gaslighting, i.e., Cassie the ghost is bound to be exposed as well. No doubt this will lead to unexpected consequences all around. Share your thoughts and theories in the comment section below and don’t forget to check CDL tomorrow for more The Young and the Restless spoilers.