The Young And The Restless Spoilers: Will Nick Forgive Sharon For Switching Summer’s Paternity Test? 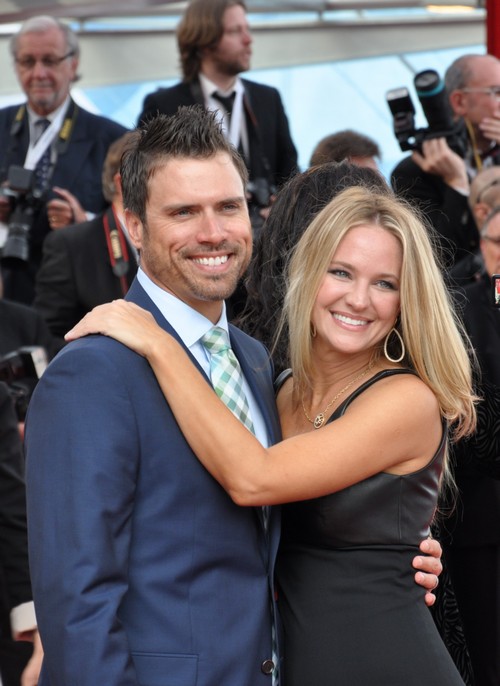 Everyone in Genoa city has secrets, but Sharon Newman is about to reveal a secret she has been hiding from Nick that could change everything. Today on The Young and the Restless Sharon told her therapist she is going to tell Nick the secret she has been keeping from him, she thinks that her guilt over the secret is what is causing her to hallucinate and see her dead daughter Cassie’s ghost (little does she know the girl she is seeing is not a ghost, but a paid imposter sent by Victor Newman to make Sharon appear crazy).

In 2006 Nick and Phyllis gave birth to their daughter Summer. There were questions as to who Summer’s father was, because Phyllis had been involved with Nick and Jack Abbott. A paternity test was done in 2006, and the results were inconclusive, so Nick lied and told everyone he was Summer’s father, no question about it. He knew there was a chance Jack may be Summer’s Dad, but at the time he was still grieving over his daughter Cassie’s death and Summer was filling her void. In 2013 questions arose again regarding Summer’s paternity, and another DNA test was done. Sharon Newman tampered with the tests, and made it look like Jack Abbott was actually Summer’s Dad. Sharon was still bitter about losing Nick to Phyllis and blamed Summer’s birth as one of the reasons they didn’t reconcile. So, Sharon tampered with the results and led everyone to believe that Jack was Summer’s father, hoping to demolish the link between Phyllis and Nick.

Feeling guilt ridden Sharon later confessed to switching the paternity tests at Cassie’s grave, and Phyllis overhears her. Sharon and Phyllis end up getting in a heated argument over what Sharon did, and after a brief scuffle Phyllis tumbles down the stairs, and winds up in a coma. As long as Phyllis doesn’t wake up, Sharon’s secret is completely safe.

Now that Sharon and Nick are getting closer and on the verge of a reconciliation, Sharon is being haunted by Cassie’s ghost (or so she thinks). She comes to the conclusion it is all in her head, and fueled by her guilt for switching the paternity tests. Today on The Young and the Restless she decided it is time to come clean and tell Nick what she did, and reveal that Summer is really his daughter, not Jack Abbott’s.

Meanwhile the imposter that Victor hired to pretend to be Cassie’s ghost is also on a mission to get Sharon to confess her secret to her. Victor wants her to find out what Sharon is hiding to he can use it against Sharon. If Sharon admits to Cassie’s ghost that she switched the paternity tests before she confesses to Nick, then Nick is going to hear it from his Dad instead of Sharon. At the end of today’s episode of The Young and the Restless Nick went to Sharon’s therapist’s office to find her, but she had already left and was speaking to “Cassie’s ghost.” It will be a race against time to see who gets to break the news to Nick about Summer first, Victor and his Cassie imposter, or Sharon. Victor and Jack Abbott have been feuding for years, it will give Victor great pleasure to reveal to Jack that Summer isn’t his daughter.

How do you think Nick will take the news? Will he ever forgive Sharon again? Will Sharon be able to use her mental illnesses as an excuse for switching the paternity results? And what will happen to poor Jack Abbott, first his wife is in a coma and then he finds out his daughter isn’t his daughter?