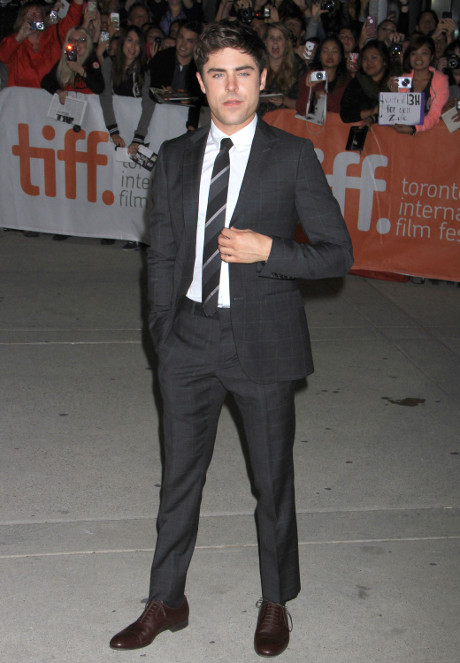 Zac Efron was caught a little off guard this morning on The Today Show, which is quickly becoming known as the place to go for awkward interviews. Joined by his co-stars Michael B. Jordan and Miles Teller to promote That Awkward Moment, host Savannah Guthrie unexpectedly asked Zac about his recent stint in rehab. “I know last year was a little bit hard. There were reports that you’d gone to rehab. Anything you want to share about that? I think mostly your fans just want to know how you’re doing and that you’re okay,” she asked.

Awkward moment indeed. Zac secretly entered rehab last year for substance abuse. Several sources reported his addiction was rooted in cocaine and molly. However, since successfully completing treatment and remaining sober for more than six months, he has not spoken publically on the topic.

But he broke his silence. “I’m in the best place I’ve ever been. I’ve never been this happy before. I’m extraordinarily grateful for these guys and to be here promoting this movie. I don’t know. Things are good. I don’t know. Thank you for asking,” he said in response to Savannah’s question. Miles noted how ironic the awkward moment was. “Like right now, we didn’t prepare for these questions. These aren’t the questions we rehearsed.”

Although he wasn’t prepared for Savannah’s question, Zac opened up more during a press conference for the movie. “It was an interesting year. I learned so many things. So much,” he said. “The best part of it was being able to reflect upon that experience and realize how much I have learned about myself and the kind of man I want to be.”

There have been some reports that Zac still struggles with drugs and alcohol. Some claim that his recent accident, which led to a broken jaw, actually occurred while he was high. Whether or not he’s truly off drugs, I am glad to see him doing better and speaking about his experiences.

What are thoughts on Zac Efron’s post-rehab life? Is he really sober or is he just trying to avoid the topic?