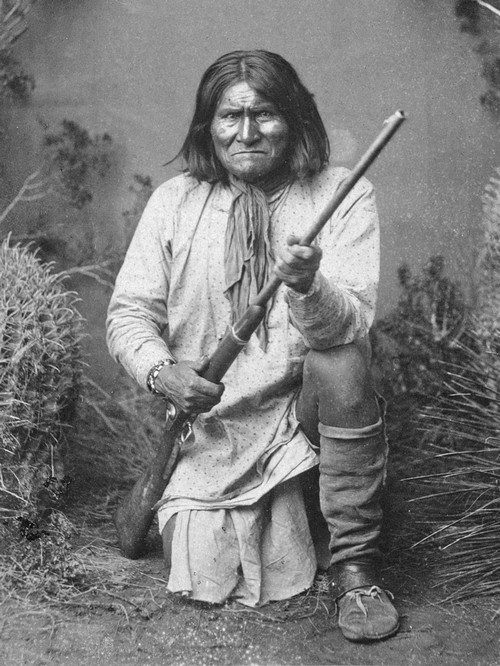 Adam Sandler is under fire [again] for a controversy involving his new Netflix movie, ‘The Ridiculous Six’. Several Native American actors, and the movie’s Native American consultant, reportedly walked off the set in New Mexico on Wednesday after bearing witness to the movie’s culturally insensitive jokes.

They were angry that the script, “insulted native women and elders and grossly misrepresented Apache culture.” For example, two female characters in the script were called ‘No Bra’ and ‘Beaver’s Breath’, and another scene showed a woman peeing while holding a pipe. Basically, the story was doing nothing but contributing to gross stereotypes about Native Americans, and I don’t blame the extras for walking off set.

Loren Anthony, one of the actors, also stated, “I was asked a long time ago to do some work on this and I wasn’t down for it. Then they told me it was going to be a comedy, but it would not be racist. So I agreed to it, but on Monday things started getting weird on the set.”

However, Netflix – in a rare bad move – has defended both Adam Sandler and the movie, stating, “The movie has ridiculous in the title for a reason: because it is ridiculous. It is a broad satire of Western movies and the stereotypes they popularized, featuring a diverse cast that is not only part of — but in on — the joke.”

First of all, movies and financiers both need to stop using ‘creativity’ as an excuse for racism, sexism, or just plain old a**hole behavior. There is a way to use race and sex to further humor [which many stand-up comedians do], and then there’s the culturally insensitive jokes which aren’t funny AND insult people. Seriously, how are characters called ‘Beaver’s Breath’ and ‘No Bra’ supposed to even be funny? I mean, I get it – this is Adam Sandler’s shtick. If his movies aren’t offensive, he probably thinks he’s not doing something right. But we’re in 2015 and people are tired of racism masquerading as humor. Of course you can go from ‘The Simpsons’ to SNL and find plenty of this sort of thing – certainly Adam and Netflix have no monopoly on bad taste.