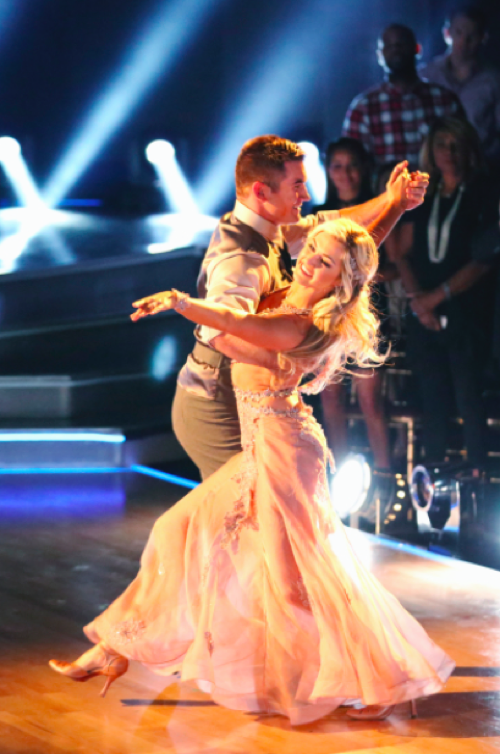 Tonight on ABC Dancing With The Stars returns for a second week and Alek Skarlatos and his professional dancing partner Lindsay Arnold danced a Jazz routine to “Don’t Stop Believing” by Journey. On tonight’s episode the 13 couples dance to a song that commemorates the celebrity’s hometown. Did you watch tonight’s episode? If you missed it we have a full and detailed recap, right here for you.  Did you miss any of tonight’s performance videos? If you did we have them all, right here for you!

On last week’s premiere episode of DWTS Alek performed a Foxtrot and the judges scored Alek a 22/30 for his performance. Julianne Hough loved his performance and had this to say, “You definitely are the surprise of the night. One thing that is really cool is you are representing every one in America that wishes they could be here. You went out there and you had a blast, and also Lindsay your choreography was beautiful.”

Judges’ comments on Alek’s 2 Week Jazz: Julianne: “It is one thing to be that strong base but to whip it out and do the moves – you were right there equal with Lindsay. Work on your hands, just relax those fingers a little bit.” Bruno: “I definitely believe in you. Not a fluke! You have range you know, you can do so many different things. You combine power with grace. Those lifts, where do they come from? Practice serves you well.” Carrie Ann: “I was intoxicated with that performance. I was blown away. There is something magical about you, you are such a joy to watch because it is so unexpected.”

Watch the video below and let us know what you think, do you agree with the judges comments? Do you think Alek did enough to avoid elimination tomorrow? Sound out in the comments and let us know your thoughts?