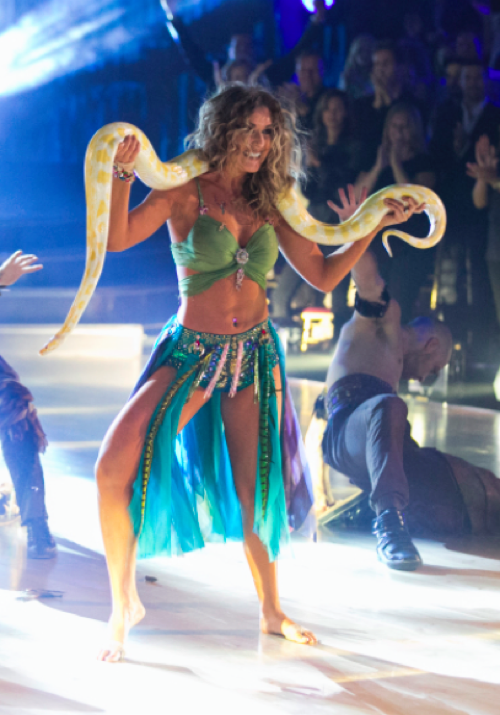 Tonight on ABC Dancing With The Stars returns for a seventh week and Alexa Penavega and her professional dancing partner Mark Ballas danced an Paso Doble routine to “Hora Zero” from Rodrigo y Gabriela. On tonight’s episode the eight remaining couples will perform an individual Halloween-themed routine in addition to a competitive team dance.

Judges’ comments on Alex’s Week 7 Paso Doble:  Carrie Ann: “That was so many things, the best thing about that is that I felt you cut off your head and just dance and that is what I wanted from the beginning. You danced like there was no tomorrow, I am so proud of you.” Julianne: “Everyone is feeling the pressure right now, I haven’t been able to put my finger on it, but I think I just got it. When you are dancing, you sometimes lose it, then you go back again. You did good tonight though.” Bruno: “What I think was brilliant about this though is that you really kept it perfectly together and it looked like a Paso Doble all the way through. It was Tim Burton, it was great.”

Watch the video below and let us know what you think, do you agree with the judges comments? Do you think Alexa did enough to avoid elimination tomorrow? Sound out in the comments and let us know your thoughts?