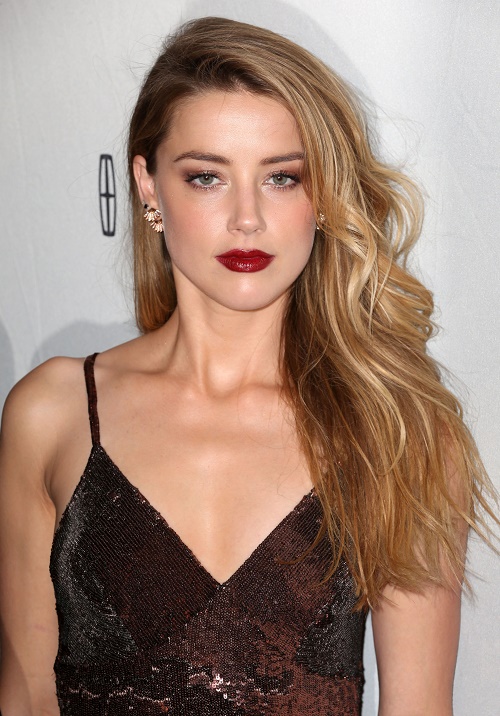 Amber Heard has been banned from the set of her husband Johnny Depp’s film Pirates Of The Caribbean: Dead Men Tell No Tales. It’s no secret that Amber and Johnny are on the verge of a divorce, and have been fighting non-stop. Between Johnny’s serious drinking and Amber’s alleged affair and cheating with iO Tillett Wright, their marriage was on its last leg. So, Amber headed back to Australia with Johnny while he finished filming his latest movie, but apparently their constant drama on set has slowed down production and caused a major damper on filming.

Amber Heard and Johnny Depp should probably just call it quits and save everyone the headache. According to a new report in the May 25 edition of Star Magazine, since Amber and Johnny returned to Australia their fighting has become unbearable – and the producers told Johnny his wife had to leave ASAP.

A Hollywood insider working on the set of the latest Pirates of the Caribbean film snitched to Star, “Finally, enough was enough, and producers politely asked Johnny to send Amber home as soon as possible. Right now, everyone’s primary focus should be wrapping up this film. He didn’t want to upset her, so he gently explained the situation and she understood.”

So, Amber just “understood,” and agreed to leave Australia? It sounds like she was thrilled and couldn’t pack her bags fast enough. If Amber Heard really wanted to be there with Johnny and was determined to save their marriage, why would she agree to leave without even second-guessing herself or promising to be on her best behavior?