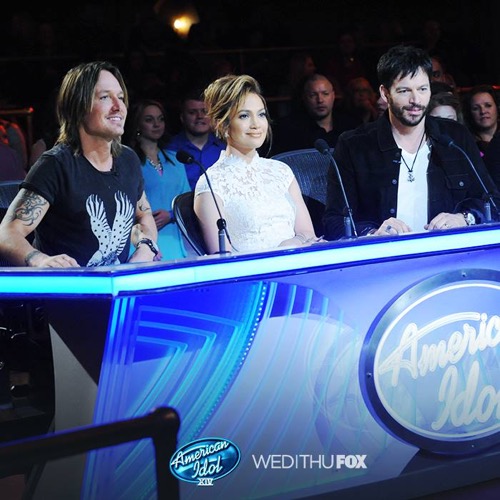 Now that the top 24 have been revealed on American Idol Season 14 it’s time to get down to business. We all know there can be only one and America has the tough job of whittling away at the contestants until one emerges as the victor.

One of the interesting things about this batch of young hopefuls is that they are indeed young — and they are young enough to have grown up with American Idol. Many of the finalists revealed that they have watched the show from a young age. Here are a few other interesting facts about some contestants.

Contestant Alexis Gomez of Centerville, Ohio auditioned two times before finally making it onto the show. She auditioned in 2010 and again in 2012 and now, in 2015 she is finally among the top 24. Don’t worry about her, though, she hasn’t hung her hopes on “American Idol.” The 22-year-old is a college graduate and has a degree in Spanish education. She has plans to be a Spanish teacher, but is making a stop with “American Idol” first.

While so many of this year’s contestants are in their teens and early 20s, Nick Fradiani has a few more years of experience behind him. The 29-year-old from Guilford, Connecticut decided to give “American Idol” a go, but this isn’t his first experience with a television show. Fradiani’s band competed on the television show “America’s Got Talent,” but they were eliminated. Let’s see how he does on “American Idol XIV!”

Mark Andrew of Minneapolis, Minnesota also has that golden combination of age and experience. The 29-year-old was a contestant on season four of “The Voice” but was eliminated during a battle round. After encouragement from friends and family, he decided to give “American Idol” a try and now he’s made it to the top 24!

Daniel Seavey of Vancouver, Washington holds the distinction of being the youngest top 24 contestant ever. He was born in 1999 and is a fresh 15 years old. This talented young man is sure to go far, but we can only wait and see how far he goes on American Idol 14.

Like so many other “American Idol” contestants, 21-year-old Michael Simeon auditioned more than once. He first auditioned when he was 16 during season 9, but he didn’t make it. Fast forward a few years, and Simeon auditioned again last season. That time he made it to Hollywood Week but didn’t make it past the top 48. This season, he auditioned again in New Orleans, but was told no. He didn’t give up, though. He traveled to Nashville to give it another shot and this time it worked! He is now in the final 24 and we can’t wait to see what he does. Come back to CDL for more American Idol Season 14 news and spoilers.