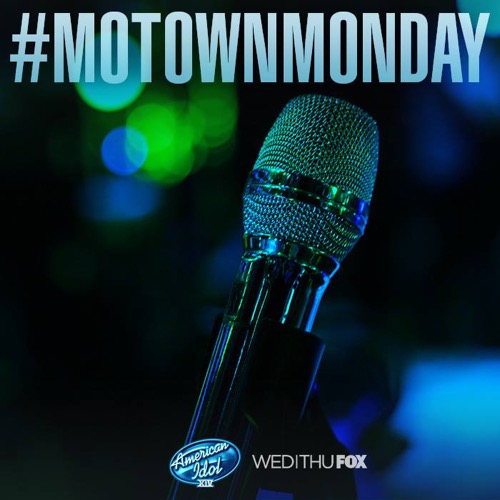 It’s another exciting night of American Idol on FOX with an all new Wednesday March 4, season 14 Episode 17 called “Top 8 Guys Perform,” and we have your weekly recap below. On tonight’s episode, the Top 8 male vocalists perform.

On tonight’s episode as per the FOX synopsis “The time has come for the first LIVE show of the season! Host Ryan Seacrest will reveal which eight guys will get the chance to sing once again for America’s vote to secure a spot as a Top Finalist!

Tonight’s episode of American Idol kicks off with iconic soul singer Aretha Franklin taking the stage to kick off Motown Week by singing “I Will Survive.” After Aretha’s performance, American Idol host Ryan Seacrest takes the stage of the Filmore Theater in Detroit, Michigan and introduces the judges: Jennifer Lopez, Harry Connick Jr, and Keith Urban. Tonight the Top 8 guys will be taking the stage and singing for a chance to be in the Top 12. Four of the remaining 12 guys will not be performing tonight – and will be eliminated at the end of the show.

15 year old Daniel Seavey is called up first to perform Marvin Gaye’s classic “How Sweet It Is To Be Loved By You.” Keith jokes that Daniel is “hanging with the big dogs now.” He tells Daniel he just needs to keep doing what he is doing, but he warns him not to “get stuck with the melody.” Jennifer gushes that Daniel is “so talented and it is nice to see you getting comfortable up there. I think you are going to be a favorite around here.” Harry says that Daniel is very cute and adorable, but he lectures him that “when you do a beat or shuffle you need to have the band pushing you along. Let the band dictates what your body does and sing that shuffle!”

The next Top 8 guy to sing for America’s votes tonight is Mark Andrew, Mark takes the American Idol stage and sings a rendition of “Papa Was A Rollin Stone” by The Temptations. Jennifer kicks off the critiques first and says that Mark’s song choice was not great and she wasn’t really feeling his performance. Harry Connick Jr says that he thought the arrangement was fine – and Mark has a “very unique voice.” Keith says he agrees with Jennifer, but he is happy that America has been voting for him and that means that they see potential in him.

Up next is Rayvon Owen, he performs “My Girl” by The Temptations. Harry says Rayvon’s performance was “really really strong.” Harry says that they have seen “nice and sweet,” but they want to see him get a little more “rough.” Keith Urban and Jennifer Lopez agree with Harry, Jennifer says “When you went in to that falsetto I thought you did a great job.”

Adam Ezegelian is the next Top 8 guy to perform tonight, he takes the American Idol stage and performs “I Want You Back” by The Jackson 5. Keith Urban shouts, “Adam! That was the perfect song for you. I love what you do and I love that you’re here, I love that America voted for you.” Jennifer praises Adam, and says that he “did an amazing job.” Harry thinks that Adam has “nailed every note thus far.”

The next Top 8 guy to perform on American Idol tonight is 22 year old Clark Beckham, with a rendition of “The Tracks Of My Tears” by Smokey Robinson. When Clark is done singing Jennifer Lopez raves that she loves him and he “has one of the best voices here.” Jennifer thinks that Clark needs to “let loose and feel even more. It’s there and it’s great, but now I need to feel more of that heart and soul. You are so amazing I really think you could go all the way.” Harry agrees, “I think that you are a terrific talent, it had all of the strategic things that An American Idol performance needs to have – but it needed an ending.” Keith Urban thinks that Clark should have “played that song without the band and broken the audience’s hearts.”
Nick Fradiani heads up on the American Idol stage next and he performs a rendition of Stevie Wonder’s “Signed, Sealed, Delivered.” Harry Connick kicks off the critique and raves that “it was a great song choice and the vocal was strong. But, the more you smile with that smile – the more you will win over people.” Keith notes that “you didn’t look comfortable playing the guitar, I kind of wanted to see you move more.” Jennifer agrees, “it was a good song for you, you did it well. I think you smile while you sing.”

The seventh member of the American Idol Top 8 guys to perform tonight is Qaasim Middleton with Stevie Wonder’s “I Wish.” Keith Urban shouts “So Good! Watching you in front of an audience is what it is all about. When you get in front of an audience you just explode.” Jennifer raves, “You are so damn funky. It’s crazy! You own that stage – I want you to start showing everyone how great you sing too. Don’t forget to remind people.” Harry gushes, “I thought it was extremely good, every single run was right on the money. Everyone asks what are we looking for, THAT is what we are looking for.”

There is only one spot remaining in the Guys’ Top 8 – Ryan Seacrest announces that coveted spot belongs to Quentin Alexander. Quentin performs “Master Blaster” by Stevie Wonder. J-Lo squeals “Quentin! I’m so glad you’re here. That was so easy and smooth, you proved why you were the last pick. You know you’re one of my faves.” Harry laughs that his “favorite part was how he settled in to the groove. There was a little bit of reservation, but I think that was just because you were the last guy to get put through.” Keith closes with, “What was really good about that is you know how to look, how to sound, and how to sing. That’s why it was a bullseye.”