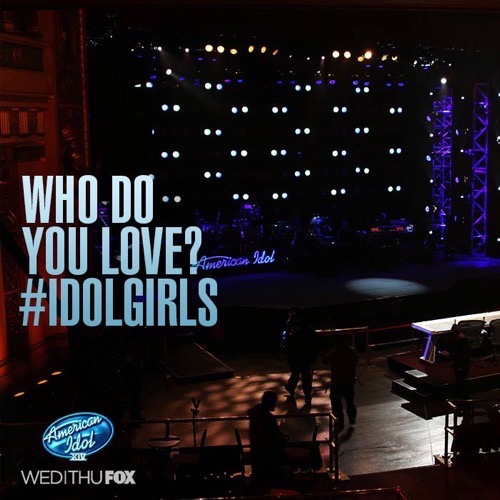 It’s another exciting night of American Idol on FOX with an all new Wednesday March 5, season 14 Episode 18 called “Top 8 Girls Perform” and we have your weekly recap below. On tonight’s episode, the top 8 female vocalists perform.

On tonight’s episode as per the FOX synopsis, “It’s the girls’ turn! The eight girls who received the highest votes will perform once again to vie for the title of AMERICAN IDOL.

Tonight’s show is going to be an exciting episode which I’m not going to miss and neither should you. Tune in tonight at 8 PM EST! Celeb Dirty Laundry is your go to place for all the up-to-date American Idol News and we’ll be recapping tonight’s episode right here for you. Do you have a favorite to win? Hit up the comments and let us know who you really like!

Tonight’s episode of American Idol kicks off with host RyanSeacrest taking the stage in Detroit, Michigan – he introduces the judges Jennifer Lopez, Keith Urban, and Harry Connick Jr. There are 12 remaining girls left in the American Idol challenge. Tonight the Top 8 women will be announced and given a chance to sing during Motown Week, the remaining four girls that don’t sing will be eliminated and sent home.

The first Top 8 girl on American Idol is Tampa, Florida native Tyanna Jones – she takes the stage and performs a rendition of “Rockin’ Robin.” Keith Urban shouts, “What a great way to kick it off! Perfect song choice, the band sounds great, and you sang really good.” Jennifer Lopez agrees with Keith and adds, “you give me the throwback jive, and you are reminding me of those legendary performers. It was awesome!” Harry Connick jokes, “What can’t you sing?”

The next lucky lady to be in the American Idol Top 8 is Loren Lott, Loren climbs up on the American Idol stage and sings “I Wanna Be Where You Are” by Michael Jackson. Jennifer Lopez raves that she really enjoyed Loren’s performance and gushes that she has an “innate and natural talent.” Harry adds, “There has been a high, high bar set so far and it is my opinion that you may have nudged that bar up a little bit higher.” Keith agrees, “This Motown catalogue for you girls is like the luckiest thing ever, it’s a win-win for everybody.”

Maddie Walker is the next Top 8 girl to take the American Idol stage tonight for Motown Week, she sings the Jackson 5 song “I’ll Be There.” Harry critiques Maddie first and says, “If there is any doubt anyone had that you should be in this competition – that should all be erased. But, when you hold those long notes out sometimes you tend to go sharp, think about dynamic range – in the middle try to find ways to do that.” Keith raves, “That was a good choice to you to take that song and make it your own. You looked a bit nervous up there, and the best way to get rid of those nerves is to think about what you’re singing.” Jennifer chimes in, “That’s a really difficult song to sing, but you did a really good job and even with your nerves.”

The next Top 8 girl to perform in Detroit is Joey Cook, she sings “Shop Around” by The Miracles. After her performance Keith Urban raves that Joey all takes songs and makes them her own, he is looking forward to seeing what she does next. Jennifer agrees that “Joey has special qualities and is able to bear her heart and soul – and that is what being an artist is all about.” Harry Connick adds, “My only concern with you is you are so stylized, with the way you dress and pronounce words, I fear that people will start to grow tired of it.”

Sarina-Joi Crowe is the next Top 8 girl to take the American Idol stage tonight, with a rendition of the classic song “Got A Hold On Me.” Jennifer Lopez squeals, “Mama you really sing. You really really sing. I’m so happy to see you up there because you have tried out for this show four times now. I think you are the greatest singers here.” Harry agrees, “I think you are terrific, and nice job. I’m proud of you for doing it with a guitar.” Keith Urban agrees and adds, “When you hit the high notes and the audience started cheering, you didn’t get lost in it.”

The next Top 8 girl to take the stage for Motown Week is Adanna Duru, she sings “Hello” by Lionel Richie. Harry kicks off the critiques, “I give you an A Plus on singing those lyrics. Intoniation though? Do you know what that means? You have to focus on singing on tune.” Keith Urban points out, “It’s when you own the song, and you started singing it the way you wanted to do it – I want to see more of that.” Jennifer adds, “I liked that, but I didn’t love that. It’s about choosing the right song that fits your tone of voice. And you can do it, you know you can do anything.”

Jax is the next Top 8 American Idol girl to take the stage, she performs a rendition of “Ain’t No Mountain High Enough” by Marvin Gaye. Keith Urban kicks off the critiques with, “You know what I love about you, and obviously America is you have such strong artistry and the grit in your voice, no one else has that it.” Jennifer adds, “I feel like you have to be careful, especially with a song you know that well. That didn’t really work for me. Don’t change it so much that we just don’t feel it.” Harry agrees, “Incredible voice and unbelievable charisma, but I agree with Jen. That’s a great song, but that arrangement was dull, and you can do dull, you got to kill it right now.”

There is only one Top 8 spot remaining, and five girls remaining. Ryan Seacrest announces that the Final Top 8 spot belongs to Alexis Gomez. She sings “I Can’t help Myself” by The Four Tops for the American Idol judges. After wards Jennifer raves, “I’m so happy that you are here. That was really out of key and it really bothered me. I’m sorry sweetie, but it’s integral.” Harry agrees, “There were a lot of things that I honestly didn’t like about that performance, you need to control your emotions on stage.” Keith Urban closes with, “You know what I loved the bare feet, you know you got to be comfortable. But song choice is important, and we’ll work on that.”