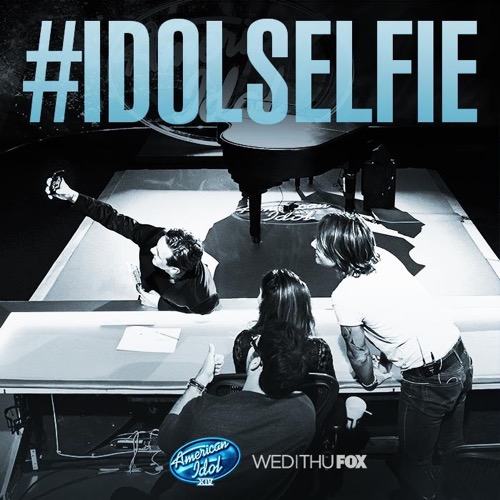 It’s another exciting night of “American Idol” on FOX with an all new Thursday January 22, season 14 Episode 6 called “Auditions #6” and we have your weekly recap below. On tonight’s episode, auditions are held in New Orleans.

On tonight’s episode as per the FOX synopsis “the search for a superstar continues onto it’s sixth part, find out who get’s a chance at becoming the next American Idol.”

Tonight’s episode of American Idol kicks off with the next leg of auditions, the judges Jennifer Lopez, Keith Urban, and Harry Connick Jr. head to Harry’s hometown of New Orleans. The first American Idol hopeful Drew Plaisance claims to be distantly related to Harry Connick Jr. and announces he is singing “Pretty Young Thing” by Michael Jackson. The judges are blown away by horrible he is – it is safe to say he won’t be getting a Golden Ticket to Hollywood.

After a string of horrible auditions, Angelica Joseph finally arrives. She was born and raised in New Orleans and was a street performer on Bourbon St. Harry gushes that he is so glad that someone finally showed in New Orleans to represent the city with such elegance. The judges are unanimous, they all vote “yes” and give Jelly her Golden Ticket to Hollywood.

16 year old Tiffany Stringer, a Texas native, bounces in to the audition room and announces she will be singing “Want You Back.” The judges are perplexed by her performance, Harry says that “as cute as she is – her voice isn’t there vocally.” Keith disagrees and votes “yes.” It’s up to Jennifer Lopez to break the tie, she announces that she loves Tiffany and gives her a Golden Ticket to Hollywood.

Grayson Turner, a 15 year old from South Carolina, is the next singer to audition for the American Idol judges. He decides to sing an original song that he wrote called “Chasing Shadows.” Jennifer gushes that Grayson is a “talented talented person.” Keith agrees that he “has a great voice.” All three judges vote “yes” and give Grayson his Golden Ticket to Hollywood.

Quinton, a singer hailing from the 9th Ward of New Orleans, auditions for the American Idol judges next with a rendition of Lorde’s “Royals.” Harry Connick Jr. says that Quinton takes risks with his fashion and his music, but he thinks that he could push himself more vocally. Keith Urban laughs that Quinton reminds him of Andre 3000. J-lo, Keith, and Harry all vote “yes” and give Quinton his Golden Ticket to Hollywood.

19 year old Mikey Duran auditions next with an original song he wrote called “My Demise.” Keith raves that he loves Mikey’s song, and Jennifer agrees that he surprised her with his voice. The judges don’t even have to vote, it is unanimous, Mikey Duran is going to Hollywood.

17 year old Louisiana native and country boy Ricky Dale Hendricks is the next American Idol hopeful to sing for the judges, he performs a rendition of “Thunder Rolls,” with his guitar. Keith Urban says that He has “natural talent and it is flying all over the place right now, but he can learn to reign it in.” Jennifer agrees that she loved the way Ricky moved his body and smiled with the lyrics. Harry Connick Jr., J-Lo, and Keith Urban all vote “yes” and give him his Golden Ticket to the next round of auditions in Hollywood.

Dakota Suarez, an 18 year old hailing from Texas, is a professional drag-queen with a stage name of “Bianca.” Harry really wants to vote “yes,” but he says that Dakota’s voice isn’t there. Jennifer Lopez says that she really likes Dakota so she votes “yes.” Keith Urban is the tie breaker, after careful consideration he decides to vote “yes” and give Dakota another shot in Hollywood.

Adam Lasher takes the audition stage next and performs an original song that he wrote himself for the judges, and even manages to strum on his guitar with his hand in a cast and a broken thumb. Keith Urban says “I love your voice and your artistry.” Jennifer agrees, and Harry raves that he is a “cool guy” and compliments him on playing with his hand in a cast. The judges all vote “yes” and give Adam his Golden Ticket to Hollywood.

Alabama native Erica Washington is the final singer tonight to try and wow the judges with her rendition of Beyonce’s song “Halo.” Harry Connick Jr. says that Erica is “very talented,” J-Lo agrees that she “has an amazing voice and she is loving her style.” Harry points out that Erica owned the song – and he didn’t think of Beyonce once when she was singing. The judges are unanimous, they all vote “yes” and give Erica her Golden Ticket to Hollywood.