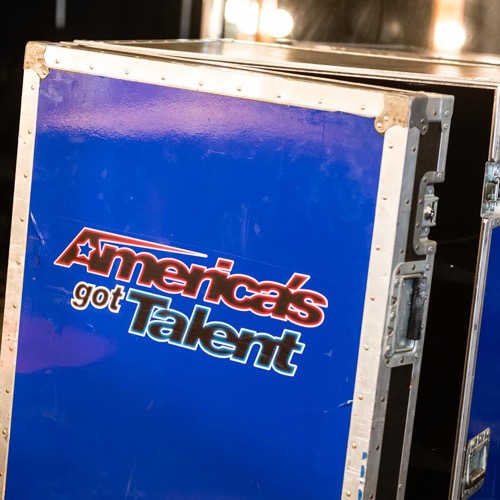 Tonight on NBC America’s Got Talent returns with an all new Tuesday August 11, Season 10 episode 13 called “Live Round 1”. We’ve got your recap down below! On tonight’s episode twelve of the Top 36 acts perform at Radio City Music Hall in New York City.

On the last episode, Mel B lead the final night of Judge Cuts with her special guest, former “America’s Got Talent” judge Piers Morgan. Morgan’s Golden Buzzer choice went directly to the live shows at Radio City Music Hall, while the remaining acts audition for their chance at earning one of the six remaining spots in the Top 36 and their chance to compete for America’s vote in the live rounds. Did you watch the episode? If you missed it, we have a full and detailed recap right here for you.

On tonight’s episode per the NBC synopsis “after hundreds of acts auditioned for the chance to win the $1 million prize, the competition is down to just 36 acts. Twelve performers will take the stage of Radio City Music Hall tonight and judging is turned over to the American viewing audience. Starring celebrity judges Howie Mandel, Mel B, Heidi Klum and Howard Stern.’

#AGT10 is back tonight with Live Round 1 at Radio City Music Hall. Siro-A is first. Their number is really way much more amped up than it has been before. The judges and crowd are all on their feet cheering. Mel B says that’s how you open a show and Howie says it makes no sense but he loved it. Howard says they just graduated with honors and blew this place apart. Heidi says they get an A plus. To vote for Siro-A call 866-60-AGT01.

Alondra Santos is next. She was wonderful. Howie loves her and says even though he didn’t understand a word, he couldn’t stop moving. Howard calls it spectacular. Mel B says it was a fun loving performance and says she liked that she started without music so they could hear her voice. Nick tells her she did it and wishes her luck. Voting is open online now and will stay open til noon Wednesday. To vote for Alondra call 866-60-AGT02.

Vita Radionova is up next. She starts out in a long gown then unwinds it to a bodysuit and does her limber contortion thing. She was amazing. Howard says he likes he act and says it’s hard to be a solo. Heidi says it was her best performance and she’s a super hero in her eyes. Mel B says she wants to steal her outfit but says it didn’t have enough of a wow factor. Howie says all his comments are pervy. To vote for Vita call 866-60-AGT03.

Triple Threat performs next. They do a very boy band number. They get two x’s from Howard and Howie then a third from Mel B. Heidi says she thought it wasn’t buzzer-worthy. Howard says he’s a fan but it was misguided and they were off. He says they seemed like a parody of a boy band. Mel B says they butchered the song and they can’t do that at this stage. She says it’s all off the mark. Howie says they buckled under the pressure. To vote for Triple Threat call 866-60-AGT04.

The dancing sensation The Gentlemen are next. They move so fast it’s amazing. Nick says they got everyone on their feet. Mel B says she loves them but says she saw a lot of repeated steps and says they did a better job last time. The crowd boos her. Howie says he saw that too but really likes them. Howard says he likes them and says he likes the dancing girls but they have other fine dancers against them and isn’t sure they will get through. Heidi says they were amazing. To vote for The Gentlemen call 866-60-AGT05.

Piff the Magic Dragon is next. He does an incredible near-murder dog act. Heidi says she’s not sure and says it was more like game of groans. The audience boos her loudly. Mel B says he took a bit of a risk and it kind of worked. Then a delivery boy comes on stage to bring him some food. He hands Nick the dog and pays the delivery guy. Howie says he had no idea and says it was a great trick because he was not in on it. He says it amazed him. Howard says he’s a great fan of Piff’s and says it wasn’t his strongest performance because he didn’t do as much comedy this time but says to vote him through. To vote for Piff call 866-60-AGT06.

Singer Benton Blount is next and he slays it. The crowd seems to like it and he gets a standing ovation. His wife is crying. Howard says he was worried that he wouldn’t fill the stage and reminds him of the lead singer of Stain. He says he did a really good job tonight and the stage didn’t swallow him. Heidi says he’s an honest real performer. She says to keep doing what he’s doing. Mel B says she felt his nerves at the start but it didn’t matter and he eased back into it. Howie says this was a moment and a feeling in the room and he brought it. To vote for Benton call 866-60-AGT07.

Exhibition show dancers Craig and Micheline are next. They really amped it up. The crowd loves it and cheers. Howard says he likes the act and says they have pure strength and she’s sexy and says it’s not pure dance and he really enjoyed it. Mel B says it’s very interesting and exciting since they crammed in a lot of tricks. Heidi says she climbs on him like a jungle gym and it couldn’t have been better. Howie says they do what they do to perfection. He asks if it enlightens America to vote. He says only 7 can go through. To vote for Craig and Micheline call 866-60-AGT08.

Comedian Drew Lynch is next. Howie is on his feet with the rest of the crowd. Heidi is on her feet too and so is Mel B. Howie says he checks every box for him and he feels a personal connection to him and says he’s triumph in the face of adversity and is hilarious and adorable. Mel B says he doesn’t give himself enough credit and says he’s brilliant and an inspiration. Howard says he can’t believe he picked stand up and it really is inspiration and says it would be like him trying to be a leading man and says he has smart material. Heidi says she has to judge him like any other comedian and says he’s hilarious. To vote for Drew call 866-60-AGT09.

The next act is the group of four gymnasts Showproject. Their act is upgraded from last time and very cool. The crowd digs them. Heidi says what they do is so difficult and they wowed her and she loves the outfits, especially the top part. Mel B says she has to be critical and says they are amazing athletes but the timing was a little off and they weren’t always in sync but she does love the act. Howie says he’s a huge fan and says he loves that they bring the hip to gymnastics but says he liked their last act better. Howard says as great as they are, the people at home may not recognize it as entertainment. He says it looks like they took their pants from Nick’s wardrobe. To vote for Showproject call 866-60-AGT10.

Ventriloquist Paul Zerdin is next. His act was amazing. All four of the judges are on their feet and so is the crowd. Heidi says she likes it the old fashioned way when he’s with the puppet. They boo her but then she says he’s the best she’s seen. Howard says it’s his favorite act of the night and the best thing he did was walking off the stage. He says it was genius. To vote for Paul call 866-60-AGT11.

The last act of the night is singer Samantha Johnson. The crowd is on their feet and so are the judges. Mel B says she closed the show with a big bang and says wow. She says it’s brilliant. Howie says ditto – she looked and sounded beautiful. He says the lighting and staging was great too. He calls her a star. Howard says it was her best performance yet and she stepped it up. Heidi says she’s a powerhouse and she says she’s the best singer they have. To vote for Samantha call 866-60-AGT12.