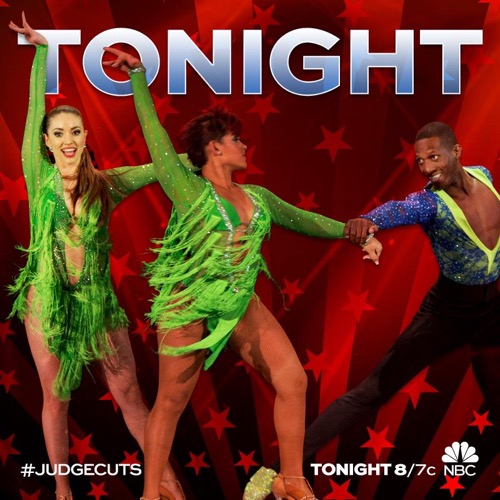 Tonight on NBC America’s Got Talent returns with an all new Tuesday August 4, Season 10 episode 12 called “Judge Cuts 4”. We’ve got your recap down below! On tonight’s episode the Top 36 acts are revealed when the Judge Cuts round concludes. Appearing: former series judge Piers Morgan.

On the last episode, actor, comedian and producer Marlon Wayans joins “AGT” for the third week of Judge Cuts. In this round, the season’s top acts performed for their chance to compete for America’s vote in the live performance shows at Radio City Music Hall. One act became Wayans’ Golden Buzzer favorite and automatically earned a place in the Top 36. Did you watch the episode? If you missed it, we have a full and detailed recap right here for you.

On tonight’s episode per the NBC synopsis “Mel B leads the final night of Judge Cuts with her special guest, former “America’s Got Talent” judge Piers Morgan. Morgan’s Golden Buzzer choice will go directly to the live shows at Radio City Music Hall, while the remaining acts audition for their chance at earning one of the six remaining spots in the Top 36 and their chance to compete for America’s vote in the live rounds.”

Tonight on #AGT10 is the #JudgeCuts and it’s Mel B’s guest judge. She brought Piers Morgan who thinks that Howie is so annoying. Howie says he loves to bother him. They explain the gold button to Piers and then first up is the kid dancing duo The Gentlemen. Those kids are good – someone needs to get them in a music video ASAP.

Next up is dancing troupe Technicianz. They are pretty cool – very techno. Mel B says she was entertained but Piers disses them and says it was one of the most boring dance acts he’s seen in years. Then it’s singing group Duwende. Piers says he doesn’t know how they got this far and Heidi calls him a party pooper. He says he’s a party realist.

Leroy Patterson is next and the fat guy gets two x’s fast from Howard and Heidi. Piers says he won’t get those two minutes back. Howard says he’s scaring everyone. Magician Derek Hughes is next. He asks Howie to think of a city and he misses on purpose. He jokes around then calls Howard up on stage. He guesses the word that Howard flipped to in a dictionary.

He says Piers does not seem impressed. Then he shows that he also got Howie’s city right and Mel B and Heidie’s name they were thinking of correct. The crowd is stunned. Piers says he likes the delivery but it didn’t have a wow factor and he’s not impressed. The crowd boos him. Howie says he’s funny and it was entertaining. Howard says Piers will be gone soon and he likes him a lot.

Duo Vladimir is next with their insanely dangerous hand balancing and knife act. Heidi loves them and Piers says it was different and he likes that because they commanded the audience. Wow – Piers had something nice to say. Howie says he wouldn’t want to be the next act up and following them.

Next is the trapeze act Duo Volta. Their act is so beautiful and strong. The audience loves them and Howard says he gets caught up in them and it’s dream like for him. Piers says it was amazing and they have real chemistry. He says the problem is the similar act but Heidi says it’s not that similar. Piers says one of their acts is likely going home. Howie agrees and Howard says this is a tough one.

Next is Jamie Costa who does impressions and then Heidi and Howie both x him then the other three do as well. He’s out of it – he just floundered. Heidi says it’s not funny and didn’t work. Then it’s Xavier Mortimer the juggler who fumbles and gets x’ed too. Singer Alicia Michilli is next and she’s nervous. Piers asks how she feels seeing the other acts failed. Alicia says she’s going to see where it goes.

She belts out a cool song but it’s a standard – not necessarily the hottest song choice but her voice is solid. The crowd loves her but the judges don’t stand. Mel B says it was an ambitious song choice and she liked it. Piers says she has raw talent. Howard thinks she’s overcompensating and needs to relax. Howie says it’s a journey and says her heart is in it.

Dance group The Move does their act and Piers says they looked great and it was different and he liked it. Mel B says it was slick and they showed passion. Howard says he’s rooting for them. Then it’s the dance trio Semeneya that lost their fourth when he popped his kneecap at the last audition. They look great. Heidi says they looked great and Howard says they’re exceptional.

Piers tells the others he’s the best dancer of them and pulls Heidi into his arms to move around. The next dancer is solo dancer Aaron Smyth. He twirls so fast it’s hard to watch. He really moves around the whole big stage well. The crowd is on their feet. Piers says the audience just loved him and it was very impressive. Howie says it’s not as good as what he did last time. Howard disagrees and says he stepped it up from last time.

Japanese dance troupe Siro-A is up next. Their tech-centric act is pretty cool. The crowd absolutely loves them. Howard says they really stepped it up. Heidi says she was bouncing in her seat. Piers says he didn’t like it – the crowd boos – then he says he absolutely loved it and the crowd goes nuts. Piers says he did this on American’s Got Talent and says they had the most originality they’ve seen.

Piers asks if they’re worthy of the golden buzzer. They tell him they are and Piers says they’re getting it and slaps it and they’re cascaded with gold confetti and they advance direct to the live show. Next is country singer Kacey Jones. Piers says he liked it against his better instinct. Mel B says if she moves on, she has to amp it up more.

Comedian Gary Vider is next. He jokes that he makes just $11k a year. He says it’s so bad the government doesn’t make him pay taxes. Howard says he loves him and says he likes the persona. Piers says he’s naturally funny and has a lot of potential. Mel B says he’s not her cup of tea but she can see the crowd likes him. Howie says his comedy is subtle and he’s great.

Next up is Kayvon Zand. Heidi, Mel B and Piers x him then so does Howard. Howie thinks it’s hysterical. Howard says there is no talent but Howie says it’s just a joke. He insists he’s a good piano player then Howie does too so he’s go x’s all over and Howard says he won’t go through. He says he thinks Kayvon thinks he’s serious and he’s not a good singer. Mel B says his technique is off.

Kayvon asks Mel B if she thinks she’s a better singer. The crowd then boos him and she says his technicality needs work. He says he’s taken vocal for six years. Piers then says if it was called America’s Got Obnoxious Little Brats, he would have won. He says he has a lot of gall to compare himself to Mel B and says he has no class and no respect.

Opera singer quartet Vox is next. Mel B says their voices blended make her melt. Piers says he doesn’t quite like the look or feel of the group and Mel B says that’s the fixable part. Heidi says she knows about outfits and theirs are fine. Howard says they are not memorable enough to get through to the next stage.

Next up is the vocal group Alex Boye. They do Uptown Funk. The crowd loves them. Mel B says there is so much power and energy but felt like Alex was under-rehearsed. Howard says they have tremendous potential but it slips into wedding band shtick. Heidi loves them. Piers says he’s not sure they’re at the level yet where people would pay to see them. Howie wishes them luck.

Next is the weird swallowing and regurgitating guy Stevie Starr and he says today is more dangerous. He swallows a plum tomato then a razor blade. He says the blade will slice the tomato in half. He swallows it and jiggles his stomach. He then regurgitates the blade and then half the tomato then the other half. It’s sliced perfectly. He then asks Mel B to write down the order he swallows some coins.

The first has a T on it then the next has S and you can hear it clink. Then it’s O, P and A. Piers asks for P and he spits it back up. Then he spits up O, T, S and then eats a clip that he has latch onto the A coin. Heidi loves this guy and says he’s so unique. Piers says if he had known she was this easy to please he would have regurgitated years ago. Piers says he’s awful but compelling to watch.

Mel B says he’s a nice person with a disgusting act that’s really entertaining. Howie says it’s educational with spelling and numbers. Howard says this is what he loves about American’s Got Talent. The judges deliberate and make their choices for who will move on.

Aside from the dance group Piers moved forward, there will be:
The Gentlemen
Stevie Starr
Duo Volta
Gary Vider
Alicia Michilli
Derek Hughes