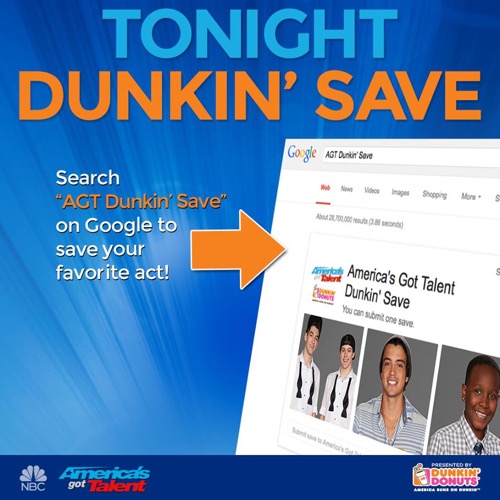 Tonight on NBC America’s Got Talent returns with an all new Wednesday August 19, Season 10 episode 15 called “Live Results 2”. We’ve got your recap down below! On tonight’s episode seven acts advance in a results edition.

On the last episode, judging was turned over to the American viewing audience as 12 of the Top 36 acts performed live at Radio City Music Hall for the chance to win the $1 million prize. Starring celebrity judges Howie Mandel, Mel B, Heidi Klum and Howard Stern.  Did you miss last night’s episode?  If you did you can see a full and detailed recap, right here.

On tonight’s episode per the NBC synopsis “the votes are in and seven acts from the previous night’s show will move on to the semi-final round of competition. Tonight, viewers will have one last chance to send their favorite performer to the next round by using Google Instant Save. Also featuring a surprise guest performance.”

#AGT10 has live results tonight. Ira, 3 Shades of Blue and Freckled Sky face off tonight for the
Dunkin’ Save – the live save option. The first results are Uzeyer the ladder guy against Damone Rippy. Uzeyer moves forward and Damone is eliminated. Next up is Arielle Baril versus DMNation. Arielle is chosen to move forward and DMNation is eliminated. We see the judges pranking some fans pretending to be wax mannequins. Howie loved it.

Next is a performance by two prior contestants. Emily West, last season’s runner up, is performing with William Close with his earth harp.

Next is magician Derek Hughes versus comedian Myq Kaplan. Derek Hughes got America’s votes and he moves on while Myq is eliminated. Now it’s time for the Dunkin’ Save with Ira versus 3 Shades of Blue versus Freckled Sky. Nick says it was close – just 450 votes between the top two. America voted for an instant save for Ira. Now it’s down to 3 Shades of Blue against Freckled Sky. The judges will decide their fate. We get a look at their performances from last night.