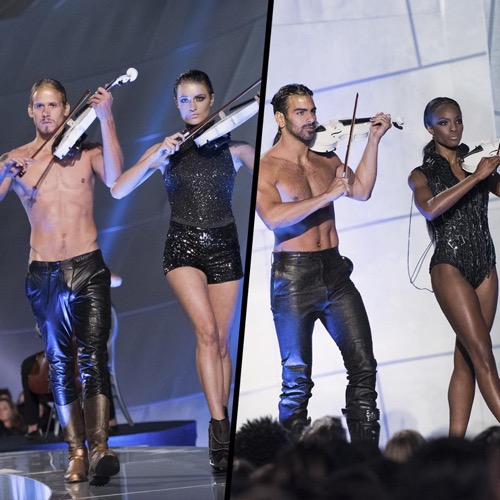 Tonight on the CW Tyra Bank’s America’s Next Top Model (ANTM) continues with an all new Friday December 4, cycle 22 episode 15 called, “Finale Part Two: America’s Next Top Model Is…” and we have your weekly recap below.  On tonight’s episode, in the series finale, the runway showdown will be like no other, the final two models battle it out to earn the prestigious title.

On tonight’s episode as per the CW synopsis, “in a runway showdown like no other, the final two models battle it out to earn the prestigious title. The finalists are joined by their mothers as they learn who is crowned America’s Next Top Model.”

We will be covering America’s Next Top Model tonight with all the up-to-the-minute details at 9PM EST so make sure to come back to this spot and watch the show with us. While you wait for the recap hit the comments and let us know what you think about this being the series finale for Tyra Bank’s America’s Next Top Model. Are you going to miss Tyra and the models? Do you really think the series should end?

In the countdown to the final runway, the judges decided to view the remaining contestants’ presentations as well ultimately make their decisions for the final two.

But thankfully no one let the change in his plans trip them. Lacey confidently went first and described in detail her future as America’s Next Top Model and her plan for what comes afterwards. So it looks like Lacey wants to go into acting.

She’s set on taking acting classes to further her career and so she told the judges that she was going to be basing herself in LA. Which is also where she hopes to open her own Dance Studio. Apparently Lacey had been overweight when she was younger and so she wants to help others get back into shape so that they too can feel confident again.

However Mamé wanted to go just a tad bigger. She listed to the judges her future as a Supermodel Humanitarian and stated that she wanted to become a business mogul as well. So a business plan was included in the information she gave them but what had won over the judges (Tyra in particular) was the fact that Mamé had finally let go during her presentation.

Sometimes Mamé can come off as stiff yet that wasn’t a problem tonight. Rather than strip over her words or seem a little cold, Mamé was actually passionate. And it was that ambitious drive that Tyra congratulated her on.

And moving on to the guys, it was Nyle that went first with his carefully bulleted plan. He said he was going to use the startup money to launch his own app that helps teach Europeans American Sign Language and that he too was going to be doing classes. Though in his case, he talked about acting classes and getting his masters.

Yet Nyle didn’t just stop there. He also wanted to use some of the prize money to travel because he felt that was the best way to build up his profile. So while I and many like myself may love Mikey, he simply couldn’t compete with Nyle’s well-thought-out plan.

Mikey had said he wanted to launch himself from his home town which he had hoped would bring awareness to the area. And that he was going to give back by starting out small in Florida with his family and friends’ help. So that was commendable even if it was not such a grand scale as others.

However only one guy and one girl could be picked for the final two. And so given the presentations on top of their recent photo-shoot, it wasn’t all that surprising that the judges decided to go with the people that were already thinking globally. In fact they had to choose Mamé and Nyle.

Everyone’s pictures had been stunning and each contestants told their own story throughout their entire frame, but when it came down to the presentations – there was just no competition. Nyle and Mamé weren’t merely thinking about the next five years. They wanted to create names for themselves that could potentially last a lot longer than their runway careers.

So it was Nyle and Mamé that walked down the runway with their dreams still intact. And it was Mikey and Lacey that joined the others in simply having fun.

Although Devin had a lot more “fun” than everyone else. He walked out on the runway and decided to go big. Which in his case meant hair flipping, twirling, and basically hogging the runway when technically he was supposed to be walking with a partner but honestly no one is going to remember the person that walked alongside Devin in their own right. On the runway, it was Devin and Devin’s unfortunate partner.

And speaking of the runway, Nyle ended up having some technical difficulty. Now as we know he’s deaf and so what that meant for him out on the runway was that he couldn’t hear the music nor time himself properly. So at one point the judges had to try and get his attention from the audience because he was speeding down the runway.

Then, once they had finished with the runway and it was back to panel, the judges went over the contestants’ pictures with them.

And sure there were a lot of strong pictures from both models but there had also been a few duds. Nyle hadn’t done so well when it came time for him to shoot in pitch black darkness and Mamé’s Doberman picture was still a contentious issue among the judges. So the contestants had been sent away while the judges deliberated and when they came back a winner was announced.

So the winner of Cycle 22 of America’s Next Top Model is Nyle DiMarco.