America’s Next Top Model Recap – ‘The Guy Who Gets Shipped Out’: Cycle 22 Episode 3 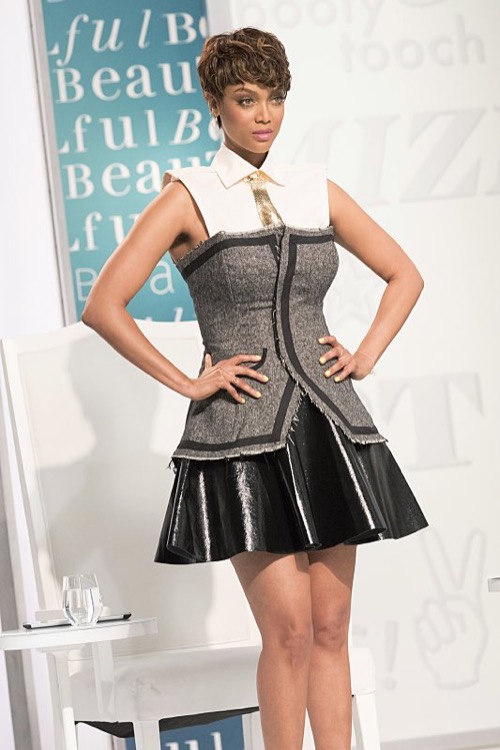 Tonight on CW Tyra Bank’s America’s Next Top Model continues with an all new Wednesday, cycle 22 episode 3 called, “The Guy Who Gets Shipped Out” and we have your weekly recap below.  On tonight’s episode the models take part in a runway walk on shipping containers raised high above the ground.

On the last episode season Jonathan and Drew Scott from “Property Brothers” surprised the models by designing the cast house. Later, one of the contestants broke down and decided to leave the competition, while the other participants posed for a semi-nude photo shoot in front of the public. Did you watch the last episode? If you missed it, we have a full and detailed recap right here for you.

On tonight’s episode as per the CW synopsis, “the models take part in a runway walk on shipping containers raised high above the ground. Later, Tyra guides the models in a photo shoot where they are bound together.”

A runway had been set up on top of two towering crates. And on tonight’s episode of “ANTM” each model has to walk it on the off chance that they’ll still be on the show next week.

But, and here’s where it gets tricky, there is a chance of elimination while they’re on the runway. Thus if their recent photo-shoot didn’t come up to scratch or someone was simply deemed better then the gap from the runway to the third crate will be their goodbye. And the end of their dreams on the show.

The safety wire that was attached to each of them, before they even the runway, was put into place for two reasons. It could slowly lower a model to the ground. Where they then would be eliminated. Or it can carry them over to the third crate meaning they’ll get to stay.

So, this year, the elimination that was put in place was extremely harsh. Walking such a runway is frightening by itself yet everyone took their turn at it in hopes of staying on in the competition.

However, to go to great lengths only to be literally let down in the end broke a few people. There was the young man who gave up a full ride to a private college in order to pursue the modelling career. And there was also the shortest model in the competition who wanted to make a point for herself and others like her that height shouldn’t matter.

Yet, despite what people wanted and what they sacrificed, they were gone and the finalists had been chosen. Only the rivalry between Devin and Bello kept getting worse with less people sticking around. It seems Bello had wanted Devin to be eliminated during their challenge and when he wasn’t – he got had a moment in the confessional.

Which is good when you think about it because last time, when he had gotten angry that Devin was still there, he tried to get the other man to hit him.

Mame though won their runway challenge and was again awarded the key to the Tyra Suite back at the house. So far she’s appearing to be the one to beat. She’s good at her poses and for the time being there’s hasn’t been any criticism held against her. Though we all know how fast that can change.

Anyways, for the photo-shoot tonight, the models were first taught by the legendary Tyra how to best use their necks. Tyra said one of the biggest problems in any photos is that models often lost their neck and are later teased about it over social media. And Tyra should know because she’s been refer to as a no-neck monster quite a few times herself.

So Tyra knew what she was talking about when she was given her tutorial. However one model in particular chose to ignore everything she said because (and I quote) “I look to do my own thing and not think so much”.

Hadassah felt like she didn’t need to be schooled on what to do and yet she walked on set, to be photographed by Erik Asla, and was a mess. Both Tyra and Yu Tsai had to redirect her because at various times it looked like she didn’t know what to do.

And another problem on set turned out to be Courtney. Courtney had broken down in tears and once again Mikey had come to the rescue. He went over to her and calmed her down as best he could but this last time had left him upset as well. Mikey was partnered with her for the photo-shoot and he felt that she was messing with his work now.

So Mikey had a bit of an attitude afterwards. He’s been a friend to Courtney since the start of the competition and lately he feels like she’s too much work. As in she sorta cries at the drop of a hat and he’s running put patience.

Yet when he went on to voice this to someone else at the house, Courtney had overheard him and then broke down in tears again.

She said she felt like he was a friend and that normally doesn’t really have friends. So to hear him say those things hurt. But when she started to cry, Mikey just lost control of his temper. He got angry at her for being so upset when he felt like he’s been the one supporting her every morning on the bus and even at the house.

So their relationship began to fall apart after their photo-shoot and it didn’t appear to have improved at panel.

But the judges love Mikey. They find him a tad smug and they also know he’s talented enough to actually pull it off. So both he and Courtney ended up making into next week. And Hadassah surprisingly made it through as well.

Though Hadassah was warned about taking directions because if she fails to listen then there really isn’t a place for her in the modeling worlds.

And the person that got eliminated tonight was Delanie. Delaine is a pretty young woman but she just could not model her lower half.