America’s Next Top Model Recap – Dustin Eliminated: Cycle 22 Episode 5 “The Girl Who Has a Close Shave” 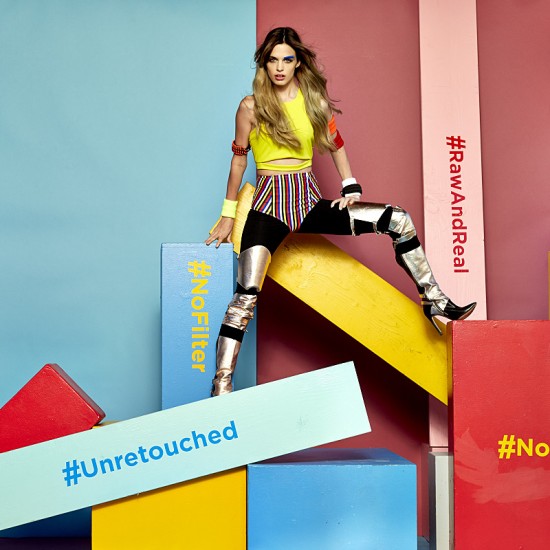 Tonight on CW Tyra Bank’s America’s Next Top Model continues with an all new Wednesday September 2, cycle 22 episode 5 called, “The Girl Who Has a Close Shave” and we have your weekly recap below.  On tonight’s episode as romance blooms between some of the models, a huge argument breaks out.

On the last episode season the models participated in an emotional photo shoot that honored war heroes. Meanwhile, some of the girls and guys struggled to accept their new looks, with one of them locking herself in a bathroom. Did you watch the last episode? If you missed it, we have a full and detailed recap right here for you.

On tonight’s episode as per the CW synopsis, “as romance blooms between some of the models, a huge argument breaks out. The guys and girls are challenged to a photo shoot that will have no re-touching in the photos, which causes insecurity amongst some of the models.”

The couples were revealed last week during panel but not everyone turned out to be happy for them.

See, Devon technically outed both the Mamé and Justin pairing on top of outing his friends Mikey and Ashley as a couple. So the judges had a good laugh about all the hook-ups happening this seasons. But, back at the house, Courtney was hurt to find out about Mikey. And how he’s already moved on from their mild flirtation in the beginning.

Mikey was the one after all that had initiated thing between them. Yet those very same actions went on to take a more brotherly tone once Mikey started to feel more like a protective older brother than someone can that actual date her. And that’s nothing against Courtney. She’s just kind of needs people to take care of her.

And he finds her to be somewhat of a high-maintenance friend. However, its important to note that Courtney first came to the show saying that she had a boyfriend back home. Thus her disappointment over Mikey is kind of unexplainable and she really has no just cause to be upset with him.

But the one person that should have been upset with was Ashley because Mikey ended up throwing her under bus when came to a romantic dinner.

Up to that part where Mikey won a dinner date, Mikey and Ashley had been growing closer and lately he’s even been sleeping with her in her bed. And that in turn caused issues with Bello who slept nearby. Bello, as we’ve come to know, doesn’t take insults or what he deems as insults lightly. So when he heard Ashley and Mikey groaning as he said – he pushed their bed away with his foot. And that set off Mikey.

Mikey then almost got into a fight with Bello but Ashley and several others stopped him from hitting the other man.

Meaning in that situation she had his back. Yet the second he won the challenge for tonight’s challenge in which the contestants had to retouch their own photos – and he won a romantic dinner for two – he chose to take Devon with him over Ashley. And his excuse afterwards was that he didn’t want to ruin what he had with Ashley so felt safer taking a friend.

And Ashley forgave him. She didn’t mind that he took someone else instead of her. And when he returned they were DMA again. Ready to take on the modeling world.

So they were pretty full of themselves. And were making their general comments about wanting to be the top photo this week when they looked at the photo that was currently up there and said it had to go. Though that picture was of Ava and Courtney suddenly felt like Ava should know what the guys have been saying about her.

And that’s how Courtney caused even more drama at the house.

Ava was upset that the guys said her phot had to go and she told them to save that for the confessional. They didn’t have to be mean about her and her achievements just because they were jealous. But the guys felt like their comments including their tone had been taken out of context so they wanted to confront Courtney the blabbermouth.

Yet Courtney was doing what she was always doing – she was crying. This time in the shower while everyone else was in the nearby room finally having had enough of the tears. So they continued talking about her, fully knowing that she could hear them, and it seems they all agree that Courtney should toughen up.

Someone has to remind her to eat and last week Tyra had to also remind her to brush her teeth everyday. Hence she needs someone to take care of her and without her usual – she was a mess the next day on set.

The contestants had to model without retouching and the thought of that just completely undone her. She said she didn’t feel pretty enough and was constantly shaking when it was her turn in front of the camera. But, despite all of that, she managed to pull out some pretty good pictures.

So Courtney does have a talent but like Kelly said if she doesn’t gain confidence then there’s no one that’s going to want to book her.

Though Courtney did make it into the next round along with Mikey, Devin, Ashley, and Ava. And the two that were put up on the chopping block this week was Dustin and Hadassah. Both had the potential when they first entered the competition and both have so failed to live up to it.

But social media scores chose to save Hadassah, again, this week and Dustin was sent home.