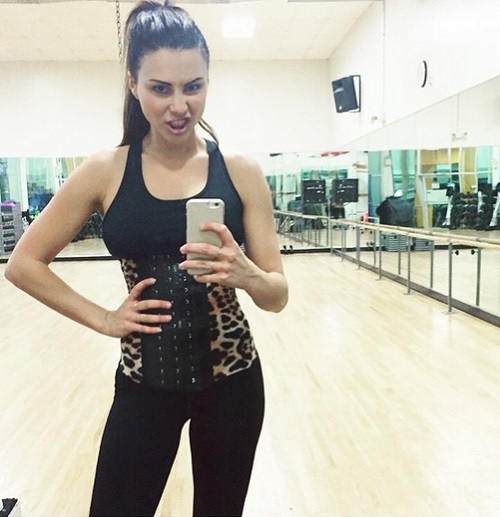 Former Bachelorette Andi Dorfman will do anything to remain relevant, and has been desperately chasing fame since her stint on Season 10 of The Bachelorette. It’s really no shock that her 2014 winner Josh Murray cancelled the wedding and broke it off with Andi after just six months. Can you imagine his disappointment when he thought he was marrying a district attorney, and then Andi quit her job and began hawking out over-priced products on Twitter and trying to stretch out her 15 minutes of fame rather than fighting the bad guys in court in Georgia?

Kaitlyn Bristowe is the new Bachelorette, and Andi should have faded in to former Bachelorette oblivion by now – but she is hanging on to her fifteen seconds of fame for dear life, and making a complete fool of herself in the process. Since Andi’s ex Nick Viall joined Season 11, Andi has been slamming Viall on Twitter just to keep her name in the headlines. And, she reached a whole new level of desperation by befriending Kaitlyn Bristowe and making sure everyone knew that the two women were hanging out together. If you can’t beath them, join them…right Andi?

Then again, who can blame Andi for clinging to Nick and Kaitlyn for dear life and using them to stay in the news? She needs all of the attention she can get to pedal her latest endorsement on Twitter – waist trainers. Just like other reality TV stars, namely the Kardashians, Andi is now jumping on the band wagon and being paid to push a waist trainer brand on social media. The former Bachelorette posted a photo of herself at the gym wearing her waist trainer in Instagram. And no we’re not even going to name the brand of waist trainers that she is pimping out because that is exactly what Andi is hoping for, and we refuse to help her out.

Seriously, since when does Andi Dorfman “hit the gym?” How does she even have time in between dissing her ex on Twitter, calling the paparazzi on herself, and selling stories about herself to tabloids? Andi Dorfman began the journey on The Bachelor as an educated woman who was oozing with girl power and independence. Now, she is just a cliché washed out reality TV star, who will pimp out anything on Twitter so that she can live a lavish D-List celebrity life and not have to go back to her real job. Are you as disappointed in Andi Dorfman as we are? Let us know what you think in the comments below!