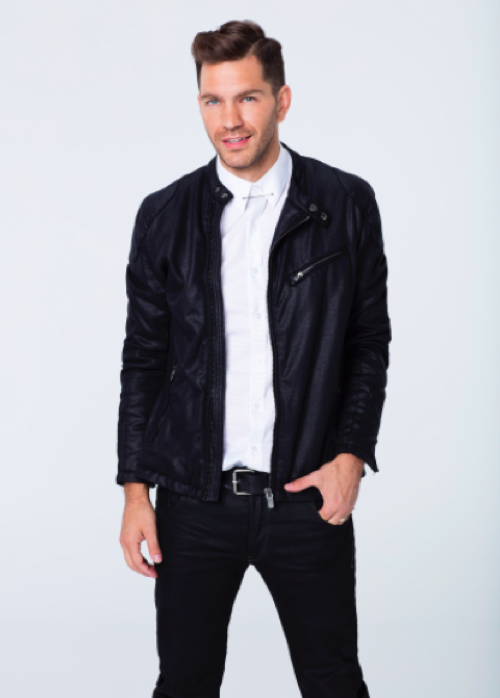 Tonight on ABC Dancing With The Stars returns for a fifth week and Andy Grammer and his Switch Up dancing partner Sharna Burgess danced a Argentine Tango routine. On tonight’s episode the 9 couples danced to a different style of dance, including the Jive, Cha Cha and Tango. Celebrities perform one routine with their “switch up” partner and return to their original dance partners next week. Did you watch tonight’s episode? If you missed it we have a full and detailed recap, right here for you. Did you miss any of tonight’s performance videos? If you did we have them all, right here for you!

Fan engagement through social media has helped to switch up the nine remaining couples.  Season 18 Mirrorball-winner Maksim Chmerkovskiy will guest judge alongside Julianne Hough, Carrie Ann Inaba and Bruno Tonioli. The pressure is on for the pro dancers to choreograph new dances with new partners.

Judges’ comments on Andy’s Week 5 Argentine Tango: Julianne: “Musicality, the footwork..nailed it! You felt that and I felt that and I think everyone else in this room felt that.” Maksim: “I got to say, Sharna I love you for this, this was great, the performance value was through the roof, this was awesome.” Bruno: “Steamy like an erupting volcano. You got it inside you there were just a few footwork issues.” Carrie Ann: “Last week I was like what was happening, you were looking like Peewee Herman. This week it was like watching James Dean, you were in control and you were in your element, it was hot.”

Watch the video below and let us know what you think, do you agree with the judges comments? Do you think Andy did enough to avoid elimination tomorrow? Sound out in the comments and let us know your thoughts?