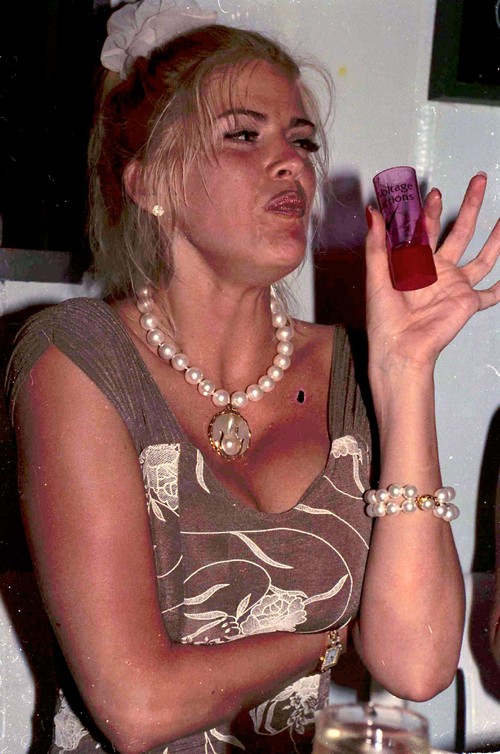 Anna Nicole Smith has been dead for almost a decade, February 8th marked the eight year anniversary of the infamous Playboy Bunny’s tragic 2007 death – which was ruled an overdose after medical examiners determined that she had consumed 9 different types of prescription drugs. Anna Nicole’s family, namely her mother Virgie and the father of her daughter Dannielynn, Larry Birkhead are still feuding over Anna Nicole’s death – and her autopsy photos.

According to the March 9th edition of GLOBE Magazine, Larry Birkhead and the rest of Dannielynn’s family want the autopsy photos of Anna Nicole Smith destroyed by the government – before someone at the coroner’s office steals them and sells them to a tabloid or uploads them to the internet. Apparently the autopsy photos of the model are very graphic, and the last thing they want is for Anna Nicole’s daughter to see photos of her mother like that.

But, Anna Nicole Smith’s biological mother Virgie Arthur is putting her foot down and adamantly insists that no one touch the autopsy photographs of her daughter. According to GLOBE, “Virgie insists that Anna Nicole’s death, which was ruled an accidental overdose, was really caused by foul play.” Virgie told the magazine, “The truth needs to be found out and I don’t think the answer is to destroy the pictures. They should be kept in a secure place where no one can see them. Then one day when Dannielynn is an adult – if she asks to see them, she should be allowed to do so.”

There have always been conspiracy theories floating around that Anna Nicole Smith’s death was not just an accidental overdose – but if someone were able to prove otherwise, wouldn’t they have done so by now? At this stage in the game, a photo of a medical procedure being conducted on Anna Nicole Smith’s corpse is not one of the most controversial things that Dannielynn will find on the internet about her mother. Do you think that the autopsy photos of Anna Nicole Smith should be destroyed? Or is there still a chance they could prove her death was not an overdose? Let us know what you think in the comments below!