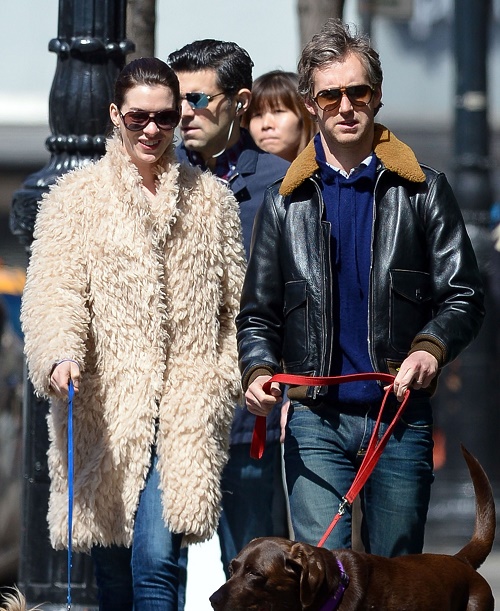 Anne Hathaway is going to be a mom! The actress is not pregnant, but she and her husband, Adam Shulman, are reportedly adopting a baby. Since Anne and Adam’s wedding in 2012 the actress has often voiced her hopes of becoming a mom in interviews; she even confessed that she has wanted to be a mother since she was 16 years old and saw herself having a huge family. But, Anne’s plans didn’t exactly come to fruition because of unexpected fertility woes. After a few unsuccessful attempts at getting pregnant, Adam and Anne have begun the process to adopt a baby.

According to the April 27th edition of OK! Magazine, “From the start the couple envisioned a large family, including some biological and some they would adopt. But, getting pregnant has been a real struggle. There have been some very frustrating, heartbreaking moments. Anne was convinced that being so healthy and having a vegan diet meant that it would happen immediately, but that wasn’t the case. They visited fertility doctors and tried alternative medicines, but none of that worked.”

This week’s edition of OK! Magazine goes on to reveal that Anne and Adam have “gotten the ball rolling on adoption,” and the couple has been bragging to anyone who will listen about the new baby they are going to receive. But, unlike several other celebrities, Anne Hathaway has opted to adopt an American baby rather than one from overseas because she wants to help kids “close to home.” Once Anne and Adam’s newest addition is signed, sealed, and delivered, the couple plans to move back to New York City to raise their new baby.

What do you think of Anne Hathaway and Adam Shulman becoming parents? Are you surprised that they opted to adopt an American baby rather than completing a quick and hasty adoption overseas like many of their fellow celebrities? Let us know what you think in the comments below!