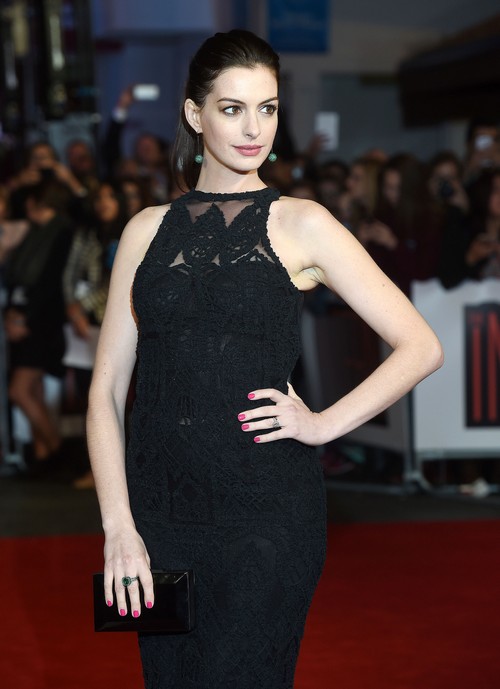 Is Anne Hathaway pregnant? Anne Hathaway and her husband Adam Shulman have been married since 2012 – and it looks like they might finally be expanding their family. According to a new report, “The Intern” actress appears to be pregnant with baby number one! Anna stepped out for the premiere of “The Intern” in a gorgeous black dress – but no one noticed because all eyes were on what appeared to be a protruding baby bump.

This week’s edition of Star Magazine reveals, “Anne and her husband always said they wanted to enjoy being married for a few years before they started a family. And now it seems like it could be happening! She has even put down her champagne flute in in favor of sparkling water as of late.”

Anne Hathaway and Adam Shulman have always been very private about their personal life, so if there is a bun in the over – it could be months before Anne or Adam actually confirm the pregnancy news – if they even address it at all.

In early 2015 reports hit the internet indicating that Anne Hathaway and her husband were having some issues conceiving, one tabloid reported that they were actually considering IVF treatments. Another magazine indicated that they were so desperate for a baby – they were considering adoption. And, sources claimed that babies and pregnancy were such a sore subject around Hathaway that she banned the topic from all interviews, and didn’t let her staff discuss it in her presence.

It appears that Anne Hathaway and Adam Shulman’s baby dreams might have finally come true! And, if the size of her bump at “The Intern” premiere is any indication – they could be coming true sooner rather than later. Do you guys think that Anne is really pregnant, or has she just put on some weight? Is there going to be a pregnancy announcement some time soon? Let us know what you think in the comments below!