Ariana Grande’s Feminist Twitter Essay Empowers Pop Scene: “I Do Not Belong To Anyone But Myself” Exclaims Singer! 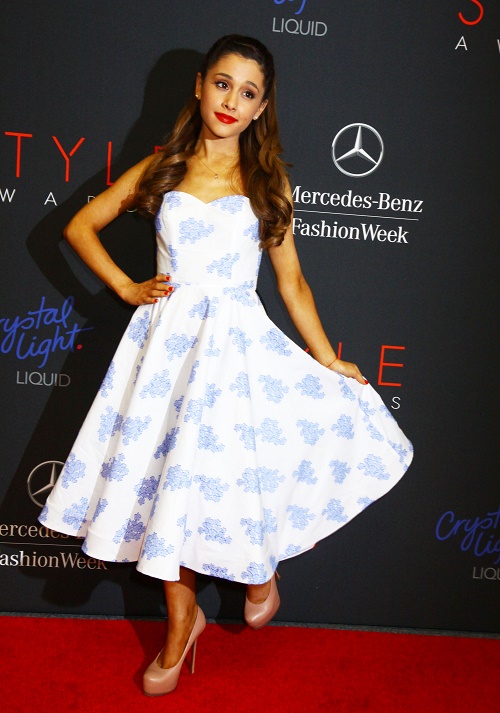 Ariana Grande got the Twittersphere all fired up when she wrote a liberating essay about the double standards men and women supposedly adhere to on a daily basis. The elaborate piece, shared via Twitter on Sunday, June 7, reflects Grande’s personal views on female empowerment. The pen is indeed mightier than the sword.

Grande writes, “Being ’empowered’…. is not the same as being a ‘bitch’… HAVING SOMETHING TO SAY…. is not the same as HAVING A BAD ATTITUDE. What I meant when I said what I said about not being [Big] Sean’s ex is that I am tired of living in a world where women are mostly referred to as a man’s past, present, or future PROPERTY / POSSESSION. I… do not. belong. to anyone. but myself. and neither do you.”

Big Sean and Grande dated for eight months. Oftentimes referred to as Naya Rivera’s sequel, Grande started dating Big Sean in October 2014. After making their red carpet debut at the 2015 Grammy Awards in February, the lovely love affair came to a deafening halt a mere two months later. The reason for the break-up: hectic work schedules. The real reason for the break-up: Big Sean.

No stranger to controversy, the rapper has had several run-ins with his significant others over the past couple of years. In 2011, Big Sean was arrested for alleged sexual misconduct at a concert in New York. Although the charges of third-degree sexual abuse were dropped, Big Sean did plead guilty to second-degree unlawful imprisonment, which is classified as a misdemeanour under New York law. He was fined $750.00.

A broken-hearted Grande wrote in the cathartic piece, “Misogyny [is] still ever present. I can’t wait to live in a world where people are not valued by who they’re dating / married to / attached to, having sex with (or not) / seen with…. but by their value as an individual. I want the people reading this to know that they are MORE THAN enough on their own.”
Preach!

A menagerie of female – and male – music industry heavyweights expressed their support on Twitter. Taylor Swift tweeted, “I’m so proud of you, always. But especially today.”

What do you think? Do you agree with Ariana Grande’s views on sexism and whatnot? Let us know your thoughts in the comments below.