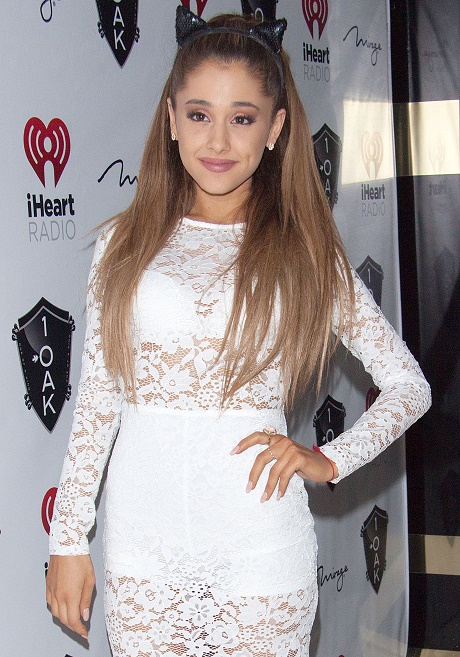 Ariana Grande must really want the full Mariah Carey experience. More reports claim the young singer’s diva behavior is getting out of control. The attitude and demands have gotten so bad that even her life coach quit.

A life coach was hired to guide the 21-year-old singer through her newfound fame and help her maintain a healthy lifestyle. After being on the receiving end of Ariana’s diva behavior, he quit. “He just couldn’t take it anymore. Everything people are saying about her is true,” revealed a source.

Rumors of Ariana acting like a diva have been spreading for months. She was recently accused of saying, “I hope they all f***ing die,” after being swarmed by a group of adorning fans. People she has worked with, parents of fans, and even fans themselves have claimed they were treated poorly, “She’ll only be photographed from the left side, in a certain light. She’s rude to her fans. She was so obsessed with her hair that she had it dyed every three days, and the big ponytail is fake. She acts like a child and constantly needs people to coddle her,” the source added.

Ariana has denied all of the claims and even took to Twitter to vaguely address the matter. “Sooner or later ppl will realize that what u put out is what u get back, the lies/hate etc. give love & I promise life will treat u better,” she wrote.

A rep for the “Break Free” singer is also trying to defuse the rumors. They claim that the “life coach” who quit was actually a choreographer that was fired and is now bitter. “It is nothing but a spiteful former employee that has been telling rumors around town for the last several months.”

Ariana has received vocal comparisons to the legendary Mariah Carey since her hit debut single was released last summer. But also possessing Mariah’s notorious diva personality is not a compliment. All of the rumors seem to be blown out of proportion simply because of the Mariah comparison. However, I have seen a few interviews where she appears a little too full of herself.

Do you believe the diva rumors? Frankie Grande, Ari’s brother, was on this season of Big Brother and exhibited some diva behavior himself. Does this attitude simply run in the Grande family? Join the conversation and leave a comment.