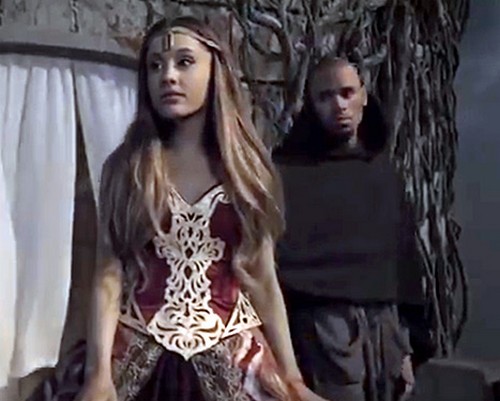 Oh look, it’s tweedle-racist and tweedle-diva getting together, pretending to be Romeo and Juliet in a ridiculous new music video. Ariana Grande and Chris Brown have kick started dating rumors after their weird, wannabe romantic music video for Don’t Be Gone Too Long went public. So are Ariana Grande and Chris Brown dating and cheating on Big Sean?

The two star as Romeo and Juliet in the music video, complete with a medieval background and medieval outfits. They even have the dialogue to go along with it, with Chris singing, “Don’t be gone too long. Tell me, who’s going to love me when you’re gone?”

Chris Brown thinks he’s Shakespeare, you guys. If it wasn’t so hilarious, I would just comment on the new depths his delusion has reached. It isn’t enough that he and Ariana have butchered one of the most classically brilliant love stories of our time, but they also want to ruin our memory of it. Story? What story? Let’s just change into dumb pseudo-medieval outfits and prance around, pretending as though we’re star-crossed lovers.

From what we’re hearing, Chris and Ariana could have also hooked up during the making of this video. We’ve heard inklings of such rumors, even as Ariana continues to ‘date’ Big Sean. But honestly, from all the things we’ve heard about this budding diva, having two boyfriends doesn’t seem out of the ordinary. She can easily juggle Chris Brown and Big Sean, especially if she keeps her ‘relationship’ with Brown hidden from the media. Of course Big Sean might get jealous of Ariana Grande dating Chris Brown and we could wind up with another Drake-Rihanna-Chris Brown style love triangle feud!

What do you guys think? Can you buy Ariana and Chris Brown dating? Does this mean that Ariana Grande is cheating on Big Sean? And what do you think of their repulsive music video? Let us know your thoughts in the comments below. 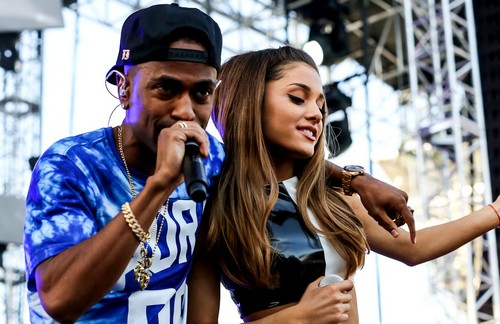