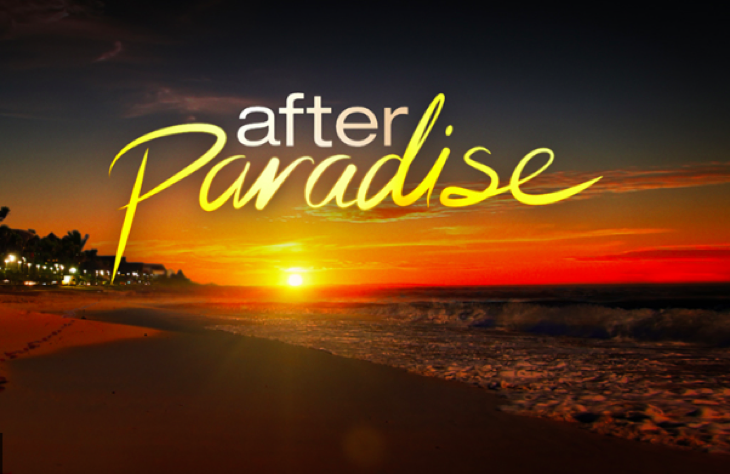 Bachelor In Paradise: After Paradise  airs tonight on ABC with an all new August 17 season 1 episode 3. We’ve got your recap down below! On tonight’s episode cast members and celebrity fans discuss episodes of “Bachelor in Paradise.”

For those of you who don’t know, cast members and celebrity fans discuss episodes of “Bachelor in Paradise.”

On the last episode panelists joining the discussion on the latest episode of “Bachelor in Paradise” included actor Paul Scheer. Did you watch last week’s episode?  We did and we recapped it right here for you.

On tonight’s episode per the ABC synopsis “Guests joining the discussion of the latest “Bachelor in Paradise” episode include actor Jason Biggs and director James Gunn.”

Tonight’s episode is going to have people talking and you are not going to want to miss a minute of it. Bachelor In Paradise: After Paradise airs tonight at 8PM so don’t forget to come back for our live recap!

onight’s episode of “After Paradise” kicks off with host Chris Harrison and his co-host Jenny Mollen. James Gahn, producer of Guardian of the Galaxy and Jenny’s husband Jason Biggs will also be co-hosting tonight. Up first on “After Paradise,” Chris Harrison wants to discuss JJ and Joe’s huge fight.

JJ sits down with Chris Harrison on the “After Paradise” stage, JJ explains that he wanted to “knock Joe the f—k out” and he hadn’t even saw the things that he had done on camera. JJ thinks that he should have done America a favor and just beaten up Joe on the spot. A fan calls in and praises JJ for how smart he is – and then makes a complete mockery of his hideous tattoo.

James says that he can’t wait to see Joe and JJ in a death bot battle. But, James points out that Joe is the best thing that ever happened to JJ. On The Bachelorette, JJ was the villain and a total tool – but Joe has out-tooled him. If it weren’t for Joe, JJ would still be the villain. Jason Biggs agrees that Joe has always been creepy, and someone should teach him that when you make out with a girl, “you aren’t supposed to swallow her face.” Another caller calls in, they point out that everyone needs to stop feeling sorry for Jeulia. Everyone in paradise warned her about Joe – and she wouldn’t listen, so whatever happens is on her.

Next, Chris Harrison shares a reel of clips of JJ making fun of Josh Albers – over and over. JJ explains that he really isn’t a bully, he just has beef with Josh from The Bachelorette. JJ is still upset with Josh about the lies that he told to Kaitlyn Bristowe when they were on last season. Chris asks JJ if he thinks that Tenley and Josh are a good couple. JJ laughs that he doesn’t are about Josh and Tenley’s relationship – he just likes to make fun of Josh.

Next, the talks turns to JJ’s relationship with Megan. JJ laughs that he was so desperate for a connection in paradise that he would have went out on a date with a trash bag with if a trash bag asked him out. Chris points out that Megan told everyone she hated cheaters, and then she winded up going out with the one guy who admitted on national television that he had cheated on his last girlfriend.

Chris Harrison takes a call from a fan – it’s a reporter from People Magazine that had to interview Joe Bailey. She rants that she has been trying to drink away memories of Joe. The reporter confesses that interviewing Joe was one of the most excruciating interview she has ever done – and he just stared at her with a blank look on his face.

JJ says that he doesn’t want to talk about Joe anymore, so Jenny asks him if he is still in contact with his ex-boytoy Clint? JJ reveals that he and Clint are actually best friends now and they talk on a regular basis. After their huge fight on The Bachelorette, they actually made up before they went on the live reunion show, and they have been good ever since.

Tonight’s next guest is Jeulia, she explains that she came on to paradise searching for love and she had an open mind. Joe asked her out on a date – and she truly thought that they hit it off. Chris shares a never-before-seen clip of Bachelor In Paradise. Apparently, Joe even lied to Jeulia when they were together and he told her that he just got a great job – and that he could move wherever he wanted in the country to be closer to her.

Jeulia rants that she is extremely angry at Joe, she was serious about finding love and she left her daughter at home to try to find a husband. She can’t believe that anyone would ever be so deceitful and malicious. Jeulia had no idea what things Joe was saying behind her back until she watched the show back. And, she isn’t friends with Samantha anymore. She feels more betrayed by her than she does by Joe – they were best friends before the show, they went on vacation together, and Samantha used to even video chat with her daughter. Bachelor alum Michelle Money calls in and offers her two cents, she says that “Joe is disgusting.”

Next, Chris Harrison shares a shocking never before scene video from Bachelor In Paradise. Samantha took Joe aside and told him what to say in interviews, she tells him what she said about the talking before they joined the show so that their stories match. Samantha suddenly stops talking when she realizes that they are being videotaped. Jeulia laughs that Joe “made his bed and he is going to have to lie in it.”