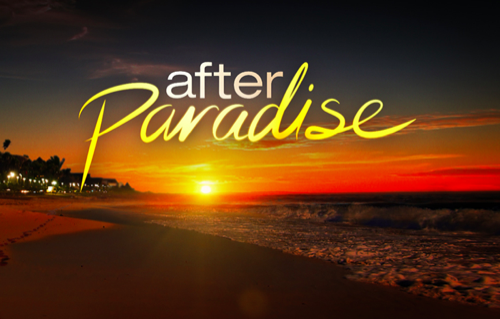 Bachelor In Paradise: After Paradise airs tonight on ABC with an all new August 3 season 1 premiere. We’ve got your recap down below! On tonight’s episode cast members and celebrity fans discuss episodes of “Bachelor in Paradise.”

For those of you who don’t know, Bachelor in Paradise is former contenders from “The Bachelor” and “The Bachelorette” get a second chance at love as they explore new relationships in an isolated Mexican locale.

On tonight’s episode per the ABC synopsis “cast members and celebrity fans discuss episodes of “Bachelor in Paradise.” On the first episode, actors Josh Malina and Katie Lowes from “Scandal” appear, along with cast member Ashley Iaconneti and another surprise cast member from the reality series.”

Now it is time for the live Bachelor In Paradise talk show with Chris Harrison and his special guests, Jenny Mollen, and Scandal stars Katie Lowes, and Josh Malina. Also, Bachelor In Paradise star Ashley Iaconetti will be joining Chris and the celebs for a live chat. Josh raves about how excited he is to be there – apparently he has been watching the show since Trista and Ryan. Katie agrees that there are a ton of Bachelor and Bachelorette fans on the set of Scandal.

Before they get in to Bachelor In Paradise – Chris Harrison wants to discuss The Bachelorette. Jenny MOllen is still upset Kaitlyn chose Shawn, she is sure that Kaitlyn is still sleeping with Nick Viall. Josh jokes that Shawn was definitely the wrong choice because he was a hybrid of Elf and Ryan Gosling. Ashley I. insists that Kaitlyn and Shawn are definitely in love, when she saw them together their chemistry was undeniable.

Now, it is time for the first live fan vote. Chris asks the audience if Ashley should have brought her sister Lauren with her to paradise? Jenny Mollen chimes in and says that it was a horrible idea – and says that Lauren is just getting inside her head and making it even harder for her to find love. Katie and Josh disagree, they think having Ashley’s sister there makes it ever more “juicy.” The live vote is tallied and 84% of viewers think that Ashley should have definitely left her sister Lauren home.

Next Chris teases Ashley about her crush on Jared. She gushes that Jared is “perfect,” and he is humble about it – he meets all of the criteria on her list for a future boyfriend. Katie races about how hot Jared really is. Jenny grumbles that Jared is weird and he looks like a “depressed Ashton Kutcher.” Chris shares a clip of Ashley I. freaking out about Tenley trying to steal Jared and crying about losing him to an “old lady.” Ashley tries to explain that she doesn’t have a problem with old ladies, but before she joined the show she was in love with a guy and he cheated on her with a woman that was 12 years older than him. She tries to explain that she really doesn’t think Tenley is “that old” but she had to say something bad about her because she was trying to steal Jared.

Chris Harrison shares a never before seen clip from Lacy and Marcus’s wedding, and then Lacy joins them on stage to discuss married life so far. Lacy reveals that she had to come alone tonight because Marcus joined the coast guard and he is currently training – she is officially a military wife now. Lacy discusses her and Marcus’s wedding and raves about how magical it was to get married in paradise – since they met in paradise the year before.

Ashley I. says that she was moved by Marcus and Lacy’s wedding and they were an inspiration to all of them in paradise. She squeals about how pretty Lacy and Marcus’s babies are going to be. Jenny agrees, and thinks that Lacy should definitely breast feed because her boobs are already like watermelons – she thinks Lacy will be great at breast feeding.

Next Chris has another live vote to see which couple fans think will get married next on Bachelor In Paradise. Every one seems to think that Tanner and Jade are the most promising couple in paradise. Clare and Mikey only get 1% of the votes, and Chris jokes that everyone thinks that they are awkward –he shares another never before seen scene from Clare and Mikey’s tantric yoga section. Ashley I. laughs about when Mikey tried to flirt with her sister Lauren, she says that Lauren probably would have thrown up in his mouth if he tried to kiss her.

Chris Harrison brings Mikey out, and he shares another clip of Ashley I. and her sister Lauren talking about how much of a “meat head” Mikey is. Ashley insists that she and Mikey are actually friends now, and they got really close – not romantically in paradise. Next Jenny asks a few questions from fans on Twitter, one of them asks why Ashley I. doesn’t “kiss like a virgin?” Ashley I. scoffs that the reason her and Chris SOules’ kisses were so weird on The Bachelor was because … “chris doesn’t have any lips.” Jenny agrees with Ashley, that Chris’s lips are pretty small – and that could make kissing awkward.