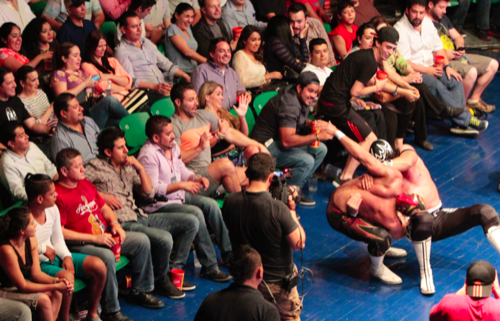 Bachelor In Paradise airs tonight on ABC with an all new Monday August 24 season 2 episode 4B. We’ve got your recap down below! On tonight’s episode Mikey and Juelia go on a date to Guadalajara, Mexico; Joe confronts Samantha and threatens to expose her lies in order to clear his name as a villain.

On the last episode, Joe and Samantha addressed the controversy surrounding their relationship; Juelia asked Chris Harrison for an unprecedented favor; Tanner and Jade visited Tequila, Mexico; notorious Nick Peterson returned and takes Ashley S. on a date; Jared ended his relationship with Ashley I., leaving her in tears. Did you watch the last episode? If you missed it, we have a full and detailed recap right here for you.

On tonight’s episode per the ABC synopsis “Mikey and Juelia go on a date to Guadalajara, Mexico; Joe confronts Samantha and threatens to expose her lies in order to clear his name as a villain; Kirk surprises Carly with an impromptu fishing date; Justin Reich arrives and takes Samantha out.”

Tonight’s episode of Bachelor In Paradise kicks off with Carly laughing over last night’s drama – Jared dumped Ashley I. and she went crazy. Meanwhile, Samantha dumped Joe on his birthday because she was sick of all of the drama. The next morning Joe and Ashley I. sit outside and are miserable together after being dumped. Ashley breaks down in tears, but Joe informs her that he is not comforting her or feeling sorry for her. Instead he wants to talk to Ashley I. about who she is going to give her rose to. Ashley begins sobbing even more and runs inside. Jeulia tries to sit down with Ashley and comfort her. She sobs that Jared “ruined her.”

Outside Carly finds a date card – its for Mikey T. He has to choose a girl of his choice to go on an overnight date with him, he asks Jeulia and she gushes that she “would love to.” Everyone is excited about Mikey and Jeulia going on a date together – Tenley is nervous about how Jeulia will handle an overnight date.

Jeulia and Mike get ready for their date – meanwhile Joe is on a mission. He is furious that Samantha dumped him, and he wants everyone to know that Samantha told him to screw over Jeulia so that he would get a rose from her and stay in paradise until Samantha arrived. Joe is not happy that Samantha was texting Nick behind his back. Joe takes Samantha aside and threatens her – he warns her that he has his phone with him and he is going to show everyone the messages that she sent him telling to “do anything to get a rose.”

While Joe and Samantha are arguing over the text messages, Kirk and Carly decide to go spend some 1-on-1 time together. Kirk takes her down to the beach and surprises her with fishing poles and spends the afternoon teaching her how to fish. Carly is thrilled since they haven’t had any real dates together – they make out on the beach during the sunset, and then they have drinks together.

Jeulia and Mikey head out on their date – they think that it is going to be super romantic, but they are shocked when they realize that they are going to Lucho Libre – which is basically the Mexican version of the WWE. Mike and Jeulia take their seats, Mike thinks that it was the greatest first date ever – who doesn’t love beer and sweats bodies flying in to the audience.

Back in paradise Ashley I. is still crying over being dumped by Jareed. She is sitting at the bar on the beach and telling the bartender that barely speaks English all about her and Jared’s break-up. Meanwhile, down on the beach, Joshua is trying to talk to Joe about what happened between him and Samantha. Josh thinks that if Joe apologizes to Samantha for causing drama – he might be able to smooth things over with her. Ashley decides to gives Joe some relationship advice too, she tells Joe that he should introduce himself to Ashley and pretend that they are strangers so that they can start over fresh.

Later that night they all have a bonfire on the beach – Joe tries to introduce himself to Sam and pretend that they have never met. He ass Sam where she is from, but Samantha just stares at him like he is an idiot and refuses to speak to him. Finally Joe takes the hint and gets up and leaves, he heads back to the bar on the beach and whines that he looks like an idiot.

While they are all down on the beach – a new guy arrives, it’s Justin from Kaitlyn’s season of The Bachelorette. Joe is thrilled to see Justin, he runs up and hugs him and welcomes him to paradise. Justin has no idea what kind of drama he just walked in to – he heads to the bar with Joe and Joe tells him that he doesn’t want him to go on a date with Samantha. Justin heads back to the bonfire and asks Samantha if they can talk in private. Everyone thinks that he is going to ask Samantha on a date – and they are waiting to see if Joe freaks out and goes bat-shit crazy. Tanner jokes that it will only “take one spark to set Joe ablaze.” Justin heads back to the bonfire and informs everyone that Samantha accepted his invitation and they are going on a date together.

Joe is on the verge of a meltdown – Samantha takes him aside and tries to talk to him and make him feel better. She explains that she just doesn’t want to deal with all of the drama that occurred when they were hanging out, ironically she is the one that starts all of the drama. Joe grumbles that Samantha is “out of his league” and gets up and storms off. Tanner laughs and jokes that Samantha is a master chess player – and her end game it “total destruction.”