Bachelor In Paradise Recap – Ashley I. Invites Jared to Take Her Virginity: Season 2 Episode 5B 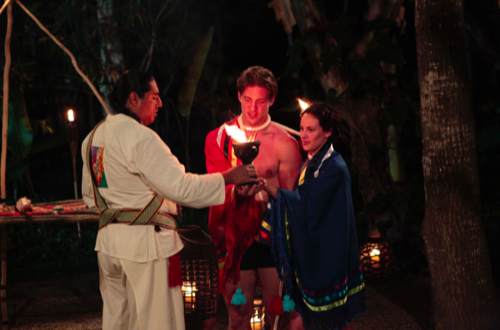 Bachelor In Paradise airs tonight on ABC with an all new Monday August 31 season 2 episode 5B. We’ve got your recap down below! On tonight’s episode Chelsie asks Nick out and they enjoy an ocean cruise on a luxurious yacht and go snorkeling.

On the last episode, Samantha canceled a date with Justin to go back to Joe, so Justin took Amber out and they learn the sexy art of salsa dancing. Meanwhile, bachelor Chris Bukowski arrived with a date card, but he struggled to make a good impression and was rejected by Tenley. Later, new arrival Chelsie stepped into Paradise. Did you watch the last episode? If you missed it, we have a full and detailed recap right here for you.

On tonight’s episode per the ABC synopsis “Chelsie asks Nick out and they enjoy an ocean cruise on a luxurious yacht and go snorkeling. Later, Mackenzie arrives in Paradise and invites Justin on a date. The pair are then “married” by a Shaman. Back at the resort, Jaclyn shows up and sets her sights on Jared. A jealous Ashley I. then asks Chris Harrison for an unprecedented favor—an overnight fantasy suite date.”

Tonight’s episode of Bachelor In Paradise kicks off with Juelia and Tenley down on the beach. Juelia gets stung by a jellyfish, they rush back to the rooms so that Tenley can pee on Jeulia’s foot. After some awkward bickering in the bathroom, Juelia puts her foot in the toilet and Tenley agrees to pee on it to help the burning stop.

Josh and Justin are having breakfast, and discussing Joe Bailey getting sent home. They can’t believe that Samantha gave her rose to Dan instead of Joe. They think that Samantha is evil, and untrustworthy – they don’t want Dan to wind up with her. Everyone is hoping that Chelsie, the newest arrival, is taking Dan on a date so that he doesn’t wind up with Samantha. But, it may not work out – because Chelsie seems to be interested in Nick instead and she invites him on a date. Nick doesn’t seem that in to Chelsie, but he is thrilled to go on a date because that means that he can get away from Ashley S.

Nick heads to Ashley’s room to break the news to her that he is going on a date with Chelsie. He mocks her for sleeping in so late, and then tells her that she smells like a brewery from drinking last night. Ashley S. isn’t really surprised, she tells Nick that she wasn’t that in to him either. Afterwards, Ashley rants to Carly about how rude Nick was to her – she thinks he is just playing a game because he was on Bachelor Pad too.

Later everyone is hanging out and McKenzie arrives, from Chris Soules’s season of The Bachelor. Ashley I. rushes to greet her and give her the low down on all of the guys. Of course, Ashley informs McKenzie that Jared is off limits and they are dating (whether he wants to be or not). Ashley encourages McKenzie to ask Justin out on a date, she thinks McKenzie might like Nick too, but he is off on his date with Chelsie. Meanwhile, Chelsie and Nick’s date seems to be going well – they cruise past the resort on their yacht so that they can rub it in everyone else’s face that didn’t get a date card.

And although none of the other judges agreed with him, the criticism stuck.

Then performing his solo to LL Cool J’s “Rock the Bells” Virgil paid tribute to his mentor this week and went completely old school.

It was light-hearted and fun. And simply stood for everything that is Virgil. So it was a good solo and I personally wished others could have followed him in this vein.

Hailee was voted into the bottom four last week and that was a close call. But her solo was lackluster. She didn’t actually show off any of her skills and given the minute of dancing they all received – why did she spend so much of it on the floor if getting back up was going to be hard for her.

Yet Jaja being Jaja was still a sight to behold when she danced with all-star Alex. They were given this wonderfully moving piece about a woman with Alzheimer’s that was going to be remembering and forgetting her husband. And it simply left the judges on the brink of tears.

The judges loved it and Cat even offered to watch “The Notebook” with Jason if he felt in the mood. And he said he was.

So that was a great piece for Jaja. For it showed her in a great and versatile light. Which is something this competition is actively looking for. And it was because she was so great at many of the dances that Jaja was never pigeonholed like Megz proved to be.

Megz and her all-star for this week Joshua danced to Pharell’s “Freedom” and they were good. But they also danced a version of hip-hop and jazz. And it’s only when Megz is in her element that she can really shine.

And this downside of hers was very noticeable this week. So the judges kindly warned her about her it because to them her time on the show felt like it’s coming to a close.