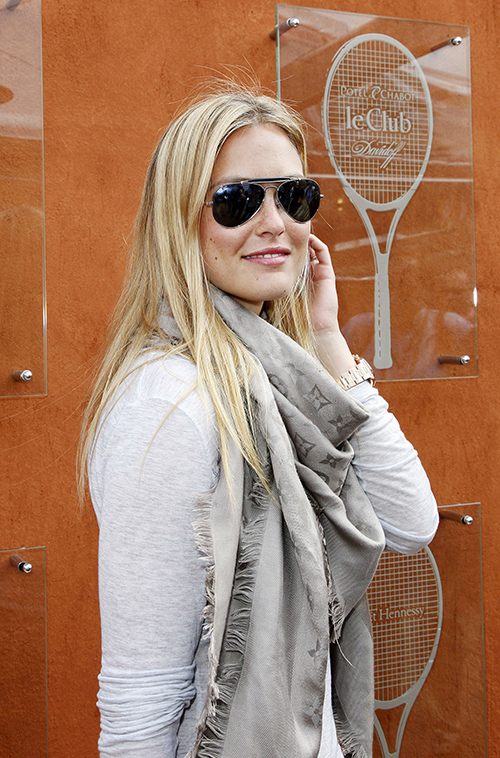 Bar Refaeli was arrested and questioned by the Israeli government because officials believe the supermodel may be committing tax evasion. Refaeli’s home was raided and the international model was charged for failing to report and pay taxes on many luxurious items received for free.

The 30-year old model and her mother, Tzipi Levine, were questioned about allegations of tax evasion after it became evident Bar Refaeli was not reporting income for free gifts she had received. Israeli tax officials estimate the value of several gifts to be around $256k but Refaeli may actually owe more if it is determined she is a resident of Israel and not just a visitor. Officials believe Bar’s mother and brother may have been putting items in their names to avoid having to list them as income.

Refaeli was gifted a Range Rover and a Lexus with the agreement that she would be photographed driving them. The supermodel was photographed in both vehicles and publication of those pictures was said to be payment for the expensive gifts. Neither the Range Rover or the Lexus are said to be registered in Refaeli’s name and instead are still listed as display cars. They are reportedly registered to the importer who made the publicity deal with Bar.

Refaeli was also busted for allegedly not claiming a free apartment in Tel Aviv. According to the Daily Mail, the supermodel was given a rent-free luxury apartment at the W Towers where she lived for three years without reporting the celebrity perk. When the 30-year old model was questioned about her failure to report the apartment, Refaeli told the income tax assessor that her mother had rented the posh pad for when Bar comes to Israel to visit.

There are also questions about Refaeli’s agreement to live in another luxury apartment at the YOO Towers. That rental agreement was reportedly signed by Bar’s brother. However, there are reports that Bar was given the apartment under an agreement that Refaeli’s family would leak stories to gossip sites about living in the luxury condo in exchange for rent. Officials were tipped off when investigating Refaeli’s discounted rent. The supermodel was allegedly paying around $10k for the apartment when it normally rents for around $25k. Well, now everyone knows which ritzy buildings that Refaeli lived in but this is certainly not the kind of publicity they were looking for.

Bar Refaeli and her mother, Tzipi Levine, are banned from leaving Israel without permission for six months. The Tel Aviv Magistrate’s Court made the ruling on Thursday, December 17 after several hours of questioning. After the fact, both Refaeli and Levine were let free but are prohibited from travelling without permission, according to the New York Daily News. In addition to gaining permission before leaving Israel, Bar and her mother reportedly have to pay a guarantee in order to ensure their return.

Refaeli is being accused of trying to cover up her Israeli residency in order to avoid paying taxes. Israeli residents must pay taxes on all of their income, even money made in other countries. On the other hand, non-residents are only required to pay taxes on income earned inside the country. Refaeli’s lawyer argues that the whole tax evasion case is just a misunderstanding. Giora Aderet told Ynet News, “This is a taxation issue that raises the discussion of who is considered a resident of Israel.”

Bar Refaeli and her lawyer believe they will straighten out the tax issues in Israel and that it has all been a big misunderstanding.