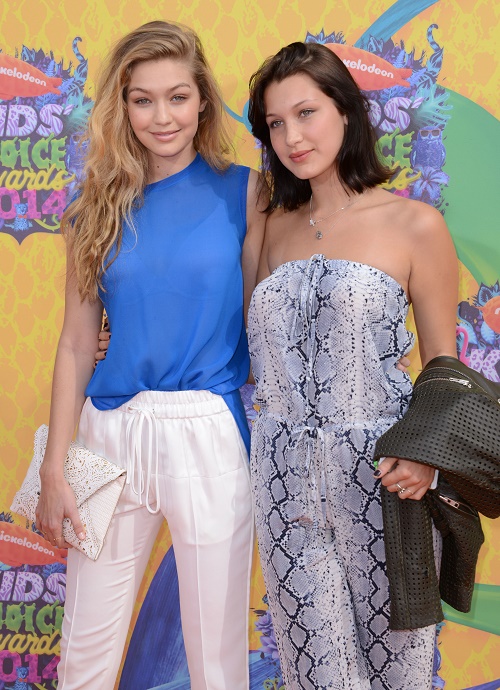 Bella Hadid is a party animal, and the 18 year old’s boozing is getting out of control. Bella, the younger sister of model and fashion icon Gigi Hadid, recently moved to New York City to kickstart her own modeling career, but her modeling gigs have taken a backseat to her partying and excessive drinking.

This season of Real Housewives of Beverly Hills featured a distraught Yolanda Foster rushing home from a vacation when she learned that her teen daughter had been arrested for a DUI. Although she took away Bella’s car and made her pay her own legal fees – Bella’s mom’s aggressive parenting didn’t even seem to put a dent in her wild ways.

According to the February 2nd edition of OK! Magazine, one of the tabloid’s sources has seen Bella’s drunken antics first-hand in NYC. The snitch reported to OK! that, “Bella routinely gets wasted at a bar and leaves by herself, stumbling into the street. Yolanda would be worried sick if she knew what goes on with her daughter on a day-to-day basis.” The source goes on to explain that Bella’s big sister Gigi has better things to do than babysit her – and refuses to deal with Bella’s obvious drinking problem. Apparently Gigi’s modeling career is far more important than helping her sister get sober.

We wish we could say we were shocked by Bella’s drinking and partying – but really what were the odds that both of Yolanda’s daughters would grow up in reality TV spotlight and have their lives completely together? Sadly, with her mother’s deteriorating health, Bella obviously needs a female in her life to look up to and guide her while she is on the East Coast – and Gigi apparently is not available.

Do you think that Bella’s behavior is only going to get worse? Or is this just a teen phase she will grow out of? Is it Gigi’s responsibility to look after her, or should she be able to live her own life? Let us know what you think in the comments below!