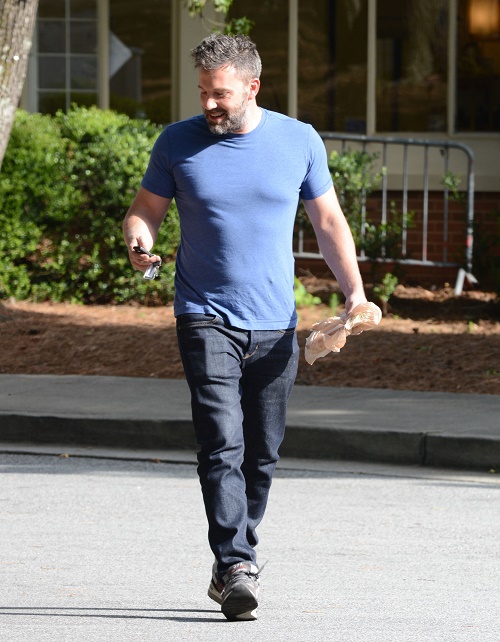 Ben Affleck will be teaming up with Geoff Johns to co-write a new standalone Batman film, and hopefully this big project will be enough to distract him from his emotional divorce from Jennifer Garner. Ben Affleck will play an instrumental role in creating this Batman film, as Affleck will not only help co-write the film but also direct and star in the film.

What we know so far is that this new Batman project will be released after Ben Affleck debuts as the new Batman in the upcoming film Batman v Superman, and after Affleck appears in the Suicide Squad and Justice League films.

Currently, there is not much more information known about this solo batman movie. The website Deadline only says that it will “reflect the Batman character that emerges after batman V Superman and Justice League.” This explains why fans will have to wait quite some time since the previous films have to be released first.

Ben Affleck is expected to make his first public appearance since splitting from Jennifer Garner this Saturday, July 11 at Comic-Con to promote the upcoming film Batman v Superman, which hits theaters on march 25, 2016. The movie Suicide Squad focuses on Batman’s most popular adversaries and hits theaters, as of now, in August 2016. Of course, it is always possible for movies to be pushed back, especially when it’s such a popular franchise with a new actor taking the lead role.

Warner Brothers has not made an official announcement about the solo Batman movie but many fans speculate that the studio will release more information on Saturday, July 11 after Ben Affleck appears at Comic-Con. This makes total sense to us, and we believe that more information regrading this Batman project will be coming out very soon.

What do you think of Ben Affleck writing, directing, and starring in a solo Batman movie? Let us know all of your thoughts in the comment section below.