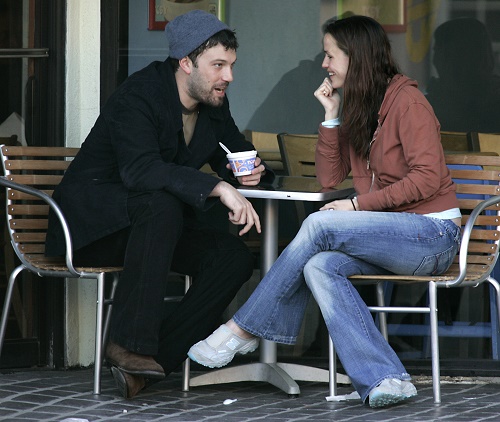 Ben Affleck and Jennifer Garner’s divorce is official, but how long was the couple living apart and conducting separate lives prior to the divorce? Just a few days after celebrating their tenth wedding anniversary, the couple released a joint statement confirming their breakup, insisting it was “amicable,” and asking for their privacy during this difficult time. Basically, they just took the standard celebrity divorce press statement and copied and pasted their names into it. Regardless, now that the divorce is official – everyone is speculating over what caused Jen and Ben’s marriage’s demise. Was it his gambling, drinking, alleged cheating scandals, or possibly the fact that he has been living in a secret bachelor pad for a year now?

According to the July 13 edition of Star Magazine, Ben Affleck hasn’t been living with his wife and kids for months – he opted take up residence in a swanky bachelor pad so that he could live like a single man. If that’s not grounds for a divorce, we’re not sure what is. Apparently, Ben Affleck has had the secret apartment in Brentwood, 6 miles from the home he shares with Jennifer in the Palisades for nearly a year now, and witnesses have seen him sneaking in and out of the bachelor pad and trying to dodge the paparazzi.

A source close to the couple revealed, “They’re pretending that this split is amicable, but it is going to turn nasty very quickly. Ben is already living like a bachelor, and he has gone back to his old habits drinking and gambling. He has been putting up a façade for months. This secret apartment could be the very last straw in any attempt for them to part on mildly good terms.”

How would you feel if you found out your husband had a secret apartment he was doing God knows what in for the past year? Do you think he was sneaking women in to his bachelor pad and cheating on Jennifer Garner this entire time? Let us know what you think in the comments below!