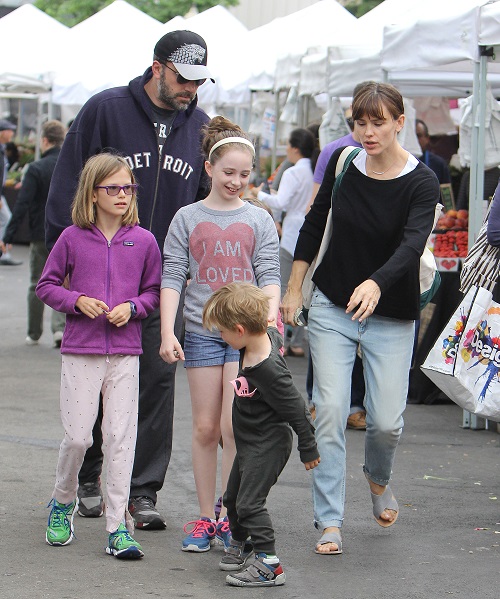 Jennifer Garner And Ben Affleck’s divorce is official! Not that we didn’t all already know that. The two actors released a joint statement in this week’s edition of US Weekly confirming that they have broken up and are in the process of a divorce. Of course, the cliché statement insisted that the break-up was “amicable.” How amicable could their split really be after all of Ben’s gambling and cheating scandals? Here’s the official statement from Affleck and Garner:

“After much thought and careful consideration, we have made the difficult decision to divorce. We go forward with love and friendship for one another and a commitment to co-parenting our children whose privacy we ask to be respected during this difficult time. This will be our only comment on this private family matter. Thank you for understanding.”

Jennifer Garner is reviving her acting career to celebrate her divorce from Ben Affleck. The first item on Jennifer’s “To Do List” after her divorce is finalized? Getting back into the movie business! According to a report from Radar Online, Jennifer Garner has decided that she is done putting her career on hold and dedicating her life to her crumbling family – she is going to get back to doing what she loves, acting. And, the fact that she is gunning for full custody of their three children and needs a paycheck to support them is also probably a leading factor in her decision.

Radar’s sources dished, “JJ Abrams will find a part for her, but Jen’s made him promise to not relegate her to ‘girlfriend’ type roles…She was offered Alice Eve‘s part in Star Trek but turned it down for that reason. Jen wants to be the star, not the star’s girlfriend.”

It sounds like Jennifer Garner will be just fine without her soon to be ex-husband Ben Affleck. The actress is reportedly looking at homes in Montreal, Canada for her and her three children – but the move will most likely depend on whether or not she lands a new movie role and where filming will be taking place. Hey, maybe Jennifer will meet a new man on the set of whatever movie she lands – after all that’s how she and Ben Affleck crossed paths years ago.

What do you think about Ben and Jen’s divorce? How amicable could it really be? Will you be tuning in to her next movie? Do you think her comeback will be successful? Let us know what you think in the comments below!