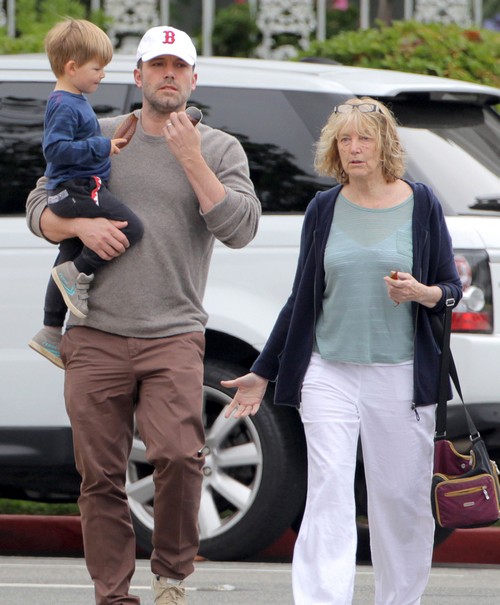 Jennifer Garner is allegedly moving full-steam ahead with her divorce from husband Ben Affleck. Jen and Ben are just a few short weeks away from celebrating their 10 year wedding anniversary, but according to a new report the celebrity couple has already broken up and will be announcing their divorce by June 29. Jennifer Garner and Ben Affleck’s marriage seemed unflappable, and has weathered more scandals than we care to count, but according to Star Magazine Jennifer has had enough – it’s over!

The June 15 edition of Star Magazine reveals that after almost a decade of marriage and three kids later, Jennifer Garner and Ben Affleck are calling it quits. According to Star’s sources, their break-up was actually a long time in the works, and the couple has tried marriage counseling unsuccessfully on more than once occasion. Ben Affleck’s partying, gambling, and rumored cheating scandals all took a toll on Jennifer. The final straw was in April when Ben ditched her on her birthday and jetted off to a monastery in Canada to “find himself,” while there he was photographed not even wearing his wedding ring. CDL can confirm that Ben Affleck was in Cape Breton in April without his family.

The writing has been on the wall though, according to Star Magazine’s insiders, Ben basically moved out of their home months ago. The source dished, “Half the time he doesn’t even bother coming home anymore. He crashes at Matt Damon’s place or even checks into hotels. He will meet up with his buddies or drinks at the bar alone, without so much as a thought about his wife.”

When Jennifer Garner and Ben Affleck do finally announce their divorce, all hell is set to break loose. According to Star’s report, the couple never signed a prenuptial agreement and Jennifer Garner wants what is rightfully her’s – and their three children. Ben Affleck may not have any money left to gamble away when Jennifer is done with their $120 Million divorce. Are you shocked that Jennifer Garner and Ben Affleck are calling it quits? Do you think that Jennifer will take him for every penny he is worth in the divorce? Will Ben even put up a fight, or will he let her have custody of their three kids? Let us know what you think in the comments below!

Troubled couple Ben Affleck and Jennifer Garner are spotted at the farmer’s market in Pacific Palisades, California with their children Seraphina & Samuel on June 7, 2015. A source close to Ben and Jennifer say divorce is imminent and that “their marriage has completely fallen apart.” by FameFlynet

Ben Affleck takes his mother Chris and son Samuel to breakfast in Santa Monica, California on June 2, 2015. Even though Ben and his wife Jennifer Garner put on a united front and stepped out together, the couple are still dogged by heavy divorce rumors – by FameFlynet