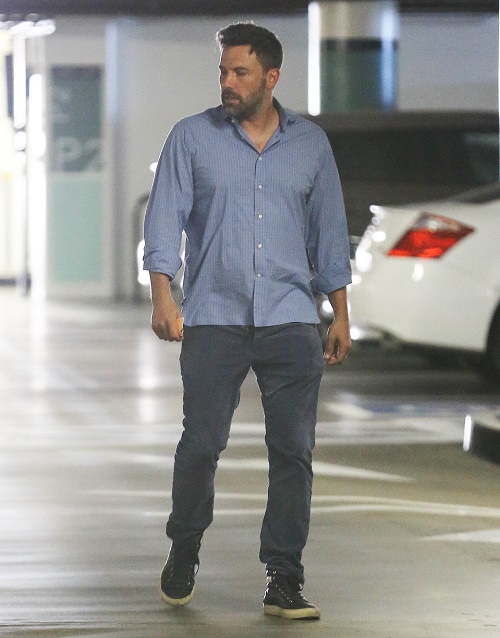 Ben Affleck and Jennifer Garner confirmed their divorce in June 2015, and the proceedings seem to be civil thus far – but the couple is gearing up for a messy custody battle over their three children: Violet, Seraphina, and Samuel. Jennifer has been the primary caregiver for the kids throughout their decade long marriage, and she has every intention of retaining full custody of them after the divorce is final. Ben Affleck is not okay with Jennifer’s demands and is preparing to fight his soon-to-be ex-wife for joint custody of the kids.

The July 27 edition of In Touch Magazine reveals that Ben has been doing everything in his power to prove that he is an important part of his and Jen’s kids as they prepare to head to court. An insider dished to In Touch Magazine, “Ben’s attorney told him he needs to be around as much as possible to prove that he is responsible and involved in his children’s everyday lives. He wants joint legal and physical custody, he doesn’t want Jen to take the kids away from him. But those kids are Jen’s main priority and she wants sole physical custody. It is turning in to a bitter fight.”

Does Ben really stand a chance in court though? Over the years, Jennifer Garner has made it very clear that she takes care of the kids, and Ben Affleck is basically in the house as a figurehead. She has even slammed him in interviews and joked that he doesn’t even know how to make his kids lunches to send to school. And, of course, Jennifer will definitely mention in court the time that Ben Affleck showed up at school to pick the kids up when she was away working – and he was 40 minutes late and reeked of booze and alcohol. In Touch Magazine’s inside source dished, “Ben can go to some dark places and Jen doesn’t want the kids to be around him when he is like that. And she doesn’t trust him to take care of them for an extended period of time.”

Do you think Jennifer Garner is wrong to take Ben’s kids away, or should he be forced to get his act together before he tries to get joint custody? Does Ben Affleck stand a chance in court against Jen? Let us know what you think in the comments below!