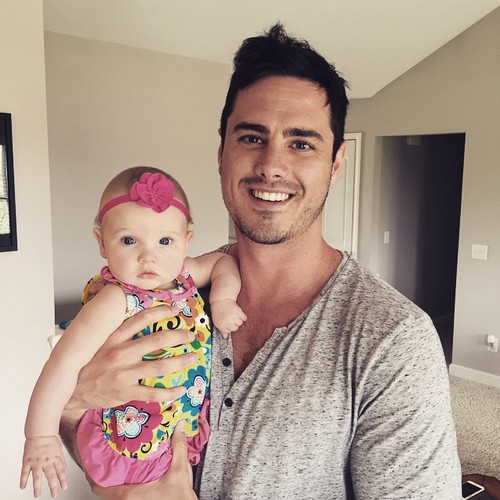 According to a new report from E! Online, Ben Higgins has been officially chosen as the next Bachelor by the producers at ABC. The latest spoilers from E! Online tease, “ABC does not comment on casting rumors, however multiple insiders tell us that producers have decided on Kaitlyn Bristowe’s third runner up to star in the show’s landmark 20th season this fall. We are told that Ben has yet to finalize his contract, however, he is “pretty much a lock.” So barring any last minute changes, Ben will be your next rose-giver and basically this means that if you ever thought about auditioning for the show…now is the time!”

It really is a no-brainer that Ben Higgins was selected as the next Bachelor – there weren’t really a whole of guys on this season of The Bachelorette 2015 that were really Bachelor material. And, it’s obvious that the producers of The Bachelorette wanted to make sure America fell in love with Ben – and they painted him as a saint just so that fans would be happy to see him as the next Bachelor.

The last few Bachelors, Juan Pablo and Chris Soules, turned out to be major letdowns for the franchise. Juan Pablo was a total tool from day one. Chris Soules seemed to start off strong, but then it became obvious all he cared about was fame – not finding a wife. So, hopefully Ben Higgins can restore our faith in the reality TV dating show, or at least give us a reason to watch it again. Do you think Ben will make a good Bachelor 2016? Or do you think it should have been a different guy? Let us know in the comments below!