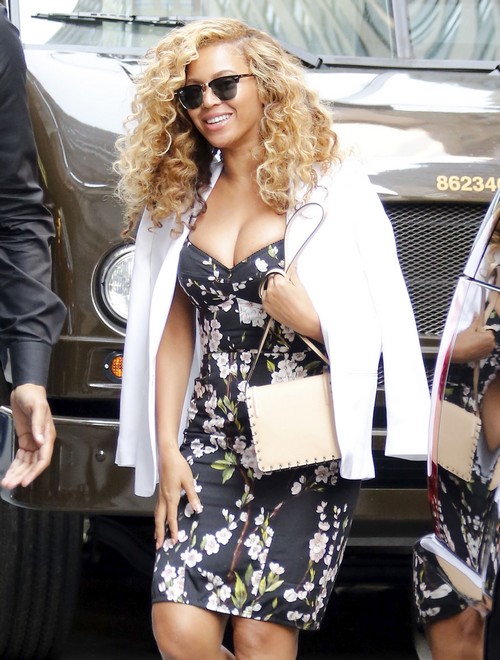 Beyonce and Jay-Z are so predictable, reporting on their allegedly faux marriage and impending divorce is becoming borderline boring. Amidst a new report that the couple is divorcing – Bey and Jay-Z staged some obviously fake kissing pictures and romantic cuddling for the paparazzi while on vacation in Italy on Sunday September 13.

Last week Jay-Z and Beyonce made the cover of In Touch Magazine, which reported a three page spread on their fake marriage, impending break-up, and unavoidable divorce. It’s no secret that Beyonce and Jay-Z’s relationship hasn’t been the greatest, but the rapper and singer are determined to keep up appearances and not let a pesky thing like a divorce ruin the brand that they have been building since they walked down the aisle and said their “I Do’s” back in 2008. The bottom line is, Bey and Jay are worth way more money as a couple than they are broken up and divorced.

On September 13 photos of Beyonce and Jay-Z on a boat while vacationing in Italy hit the internet, and they appear to be kissing and hugging each other while wearing matching outfits. Immediately social media began buzzing about how staged the pictures appeared, skeptics were certain that the couple had set them up and planned them out to try and combat the divorce reports.

Radar Online enlisted the help of body-language expert Dr. Lillian Glass to determine whether the PDA pictures were real or fake. Glass dished to the website, “This is perhaps the most obvious photo of them all that this is completely staged. This kiss is so fake because when you really kiss someone, your head tilts to the side more, which shows intimacy and passion. These two are making sure to get their entire face in the frame. Also, look at Jay Z’s facial expression. He is clearly very unhappy.”

What do you guys think? Are the PDA pictures more fakery from Beyonce and Jay-Z, are they just trying to cover up their divorce? Let us know what you think in the comments below!