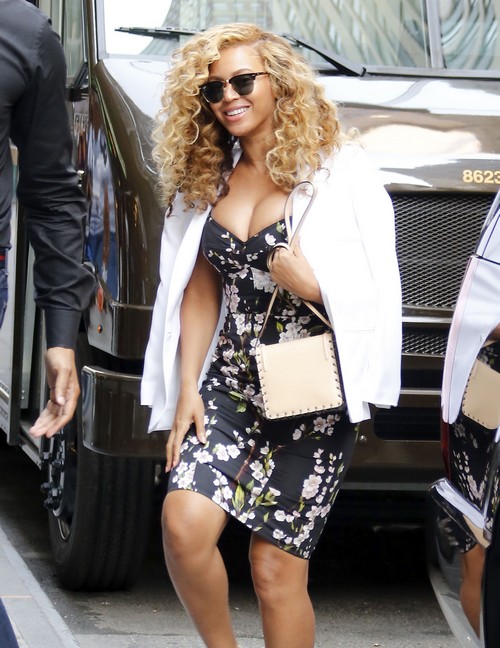 Beyoncé Knowles and Jay Z divorce rumors are heating up again as a new tell-all book is set to hit book stores. The unauthorized biography threatens to expose an affair between Jay Z and Rihanna and that Jay and Bey separated for nearly a year. Divorce rumors have plagued the singers for months when they were spotted out in public without their wedding rings.

Celebrity author J. Randy Taraborrelli is stirring the pot again with an unauthorized biography called “Being Beyoncé” that threatens to expose that the power couple’s nasty secrets. In the book the author claims that at one point during 2005 Bey and Jaz separated and it was kept very hush-hush.

According to Taraborrelli there was a time when Beyoncé Knowlton was so obsessed and overwhelmed by work that she became moody and the couple began taking their frustrations out on each other. The author told Radar Online – “The two broke up for a time during that year. She flat out told him she needed a break.”

While Beyoncé and Jay Z were on their top secret break rumors ran rampant that the rapper and record producer was having an affair with the then unknown 17-year old singer Rihanna. A source who was close to RiRi at the time confessed to Taraborrelli that he made up the shocking stories to attract attention to the teenager and her burgeoning career.

But J. Randy Taraborrelli says the damage was already done and Bey believed the rumors. The affair with Rihanna may not have happened but Queen Bey and Jay Z’s strained relationship hit a wall and turned into a fight of epic proportions one night at Jay’s 40/40 Club in New York. “All that was heard…was [RiRi’s] name was uttered several times before Beyoncé stood up and stormed off,” the author claims.

Other allegations made by Taraborrelli makes in the unauthorized biography are that the Bajan Beauty remains a sore subject in the couple’s relationship – even seven years after the lavish wedding. J. Randy claims that the fight between Jay and Bey’s sister Solange Knowlton in 2014 was because he suggested they all attend a party that was hosted by RiRi.

Do you think this unauthorized biography’s claim that Beyoncé Knowlton and Jazzy broke up for nearly a year because she believed that her man had an affair with RiRi? Do you think if it did happen that the couple has moved past it 10 years later?

Let us know what you think in the comments section below and come back to CDL for all your celebrity news, gossip and rumors.